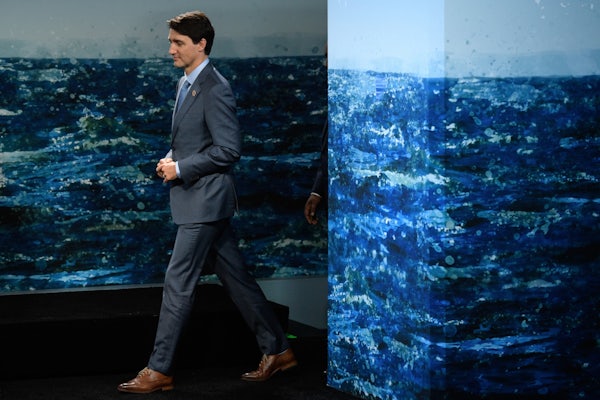 As BuzzFeed observes this threat was accompanied by a social media surge of Saudi Twitter accounts supporting Quebec independence and indigenous rights in Canada.

The roots of the conflict go back to a controversial trade deal where Canada agreed to sell $15 billion of light armored vehicles. The deal was made by the previous Conservative government but continued by the current Liberal government of Prime Minister Justin Trudeau. Despite the support of both major parties, the deal was extremely controversial in Canadian civil society, which witnessed an upsurge in criticism of Saudi Arabia’s human rights record. The Liberal government has adopted some of these criticisms into its foreign policy, producing a backlash from the government of Saudi Arabia.

As Thomas Juneau, who teaches international relations at the University of Ottawa, tweeted:

Normally, the United States would support Canada over Saudi Arabia in a human rights dispute. But this is no longer certain. President Donald Trump is generally pro-Saudi Arabia and has rocky relations with Justin Trudeau. As Bessma Momani, a professor of political science at the University of Waterloo, noted: