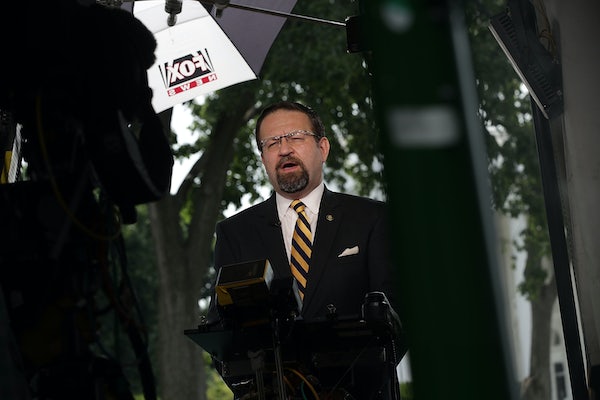 Some at Fox News are tired of the Trump-cheering.

Former White House advisor Sebastian Gorka has one big fan: President Donald Trump loves seeing Gorka on Fox News. There are plenty of opportunities to do so, since Gorka is a fixture on shows like Hannity and Fox & Friends. Last March, the president invited Gorka for dinner, because, according to aides, he “couldn’t get enough of [Gorka] on TV.”

But despite having the president’s seal of approval, Gorka is very unpopular with the hard-news side of Fox, which has increasingly tense relations with editorial shows like Hannity and Fox & Friends.

As The Daily Beast reports, “according to a review of transcripts compiled by television-monitoring service TVEyes, Gorka has not appeared on a Fox News hard-news program since at least February 2018.”

This exclusion is deliberate. The hard-news side of Fox regards Gorka as a “clown.” According to The Daily Beast, a Fox News producer believes Gorka “could offer nothing more than his typically unabashed, unconditional cheerleading for Trump.” Another Fox staffer told The Daily Beast that “we will take other counterterrorism experts. We will not take Seb. Ever.”

When asked for comment by The Daily Beast, Gorka responded, “Seriously? You are such a loser. Get a life.”