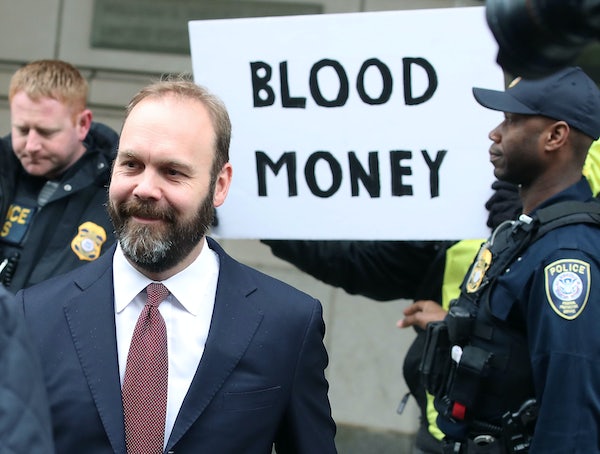 The Rick Gates-Paul Manafort show: everyone cheating everyone.

Paul Manafort’s former long-time deputy delivered damning testimony in a Virginia courthouse where Donald Trump’s onetime campaign chairman is being tried on charges of money laundering and conspiracy. As described by Gates, he and Manafort were accomplices but Manafort was also Gates victim.

Gates was asked by prosecutor “Did you commit crimes with Mr. Manafort?” Gates replied, “yes.”

Presented with a copy of the plea agreement he signed in federal court in Washington, Gates said he conspired with Manafort to falsify Manafort’s tax returns. Gates said he and Manafort knowingly failed to report foreign bank accounts and had failed to register Manafort as a foreign agent.

Andres, the prosecutor, asked Gates whether he understood that his lies to Manafort’s accountants and omissions were illegal.

When asked why he had lied, Gates said he had done so at Manafort’s request.

Separately, Gates explained that Manfort had directed him to report money wired from his foreign bank accounts as loans, rather than as income, in order to reduce Manafort’s taxable income. By reporting it as a loan, Gates explained, Manafort could defer the amount of taxes he owed.

On the issue of why Manafort needed so much money, previous reports pointed to his habit of spending freely on suits.

But Gates’s testimony made clear there was another factor: Gates himself was stealing massively from Manafort.

Gates said he had authority on some of Manafort’s Cyprus accounts, which were set up by a law firm in that country. “I added money to expense reports and created expense reports” that were not accurate, he said, to pad his salary by “several hundred thousand” dollars.