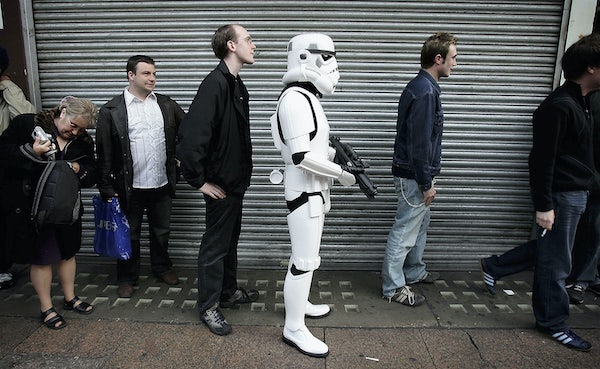 Vice President Mike Pence on Thursday laid out the Trump administration’s plans for a United States Space Force by 2020. It will be the sixth branch of the U.S. military, and the first new one since the U.S. Air Force was created in 1947. “Now the time has come to write the next great chapter in the history of our Armed Forces, to prepare for the next battlefield, where America’s best and bravest will be called to deter and defeat a new generation of threats to our people, to our nation,” Pence said.

President Trump first announced his intent to create the Space Force during a speech to the National Space Council in June. He then tasked General Joseph F. Dunford, Jr. with procuring funding for the project. “We got it,” the general said from the crowd.

According to a White House press release, the administration will begin by establishing a Space Development Agency, a Space Operations Force, “an operating structure and accountable civilian oversight,” and United States Space Command—“a unified combatant command, to improve, evolve, and plan space warfighting.”

“We need to address space as a developing war-fighting domain,” Defense Secretary John Mattis said on August 7, “and a combatant command is certainly one thing we can establish.”

The only other country to ever have an independent space-focused military branch is Russia. But as Defense News noted, “in 2015 Russia actually merged its space force with the air force in an attempt to consolidate command authority and replicate the traditional U.S. approach.” Now Trump is going in the opposite direction, replicating what Russia once had—and Moscow isn’t happy about it.

“What makes this piece of news most alarming,” Russian Foreign Ministry spokeswoman Maria Zakarhova told TASS, a state news agency, “is the purpose of the instruction was described in very clear terms—dominance in space.”