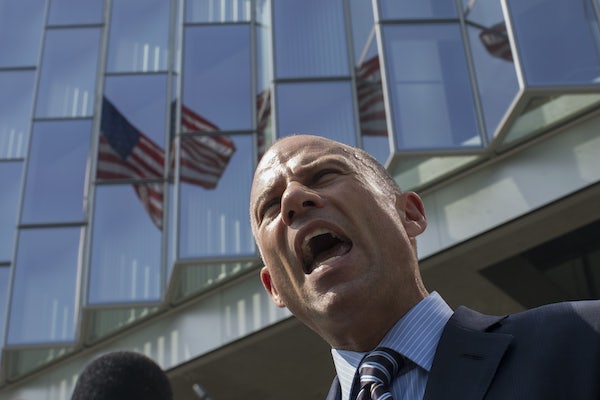 Avenatti is best known for representing adult film thespian Stephanie Clifford (better known by her stage name Stormy Daniels). The lawyer’s robust advocacy on behalf of Clifford, often done with vim and wit, has made him a fixture on cable news. Now, he’s hoping to leverage his fame into a presidential run.

Interviewed by The Des Moines Register on Thursday, Avenatti acknowledged his visit to Iowa was an exploratory presidential bid. “I’m exploring a run for the presidency of the United States, and I wanted to come to Iowa and listen to people and learn about some issues that are facing the citizens of Iowa and do my homework,” Avenatti told the newspaper.

On Friday, Avenatti will be speaking at the Democratic Wing Ding fundraiser, held annually in Clear Lake. The event often attracts presidential hopefuls. Avenatti is following in the path of politicians like Barrack Obama, Hillary Clinton and Bernie Sanders.

The response from political observers ran the gamut from amusement to despair: