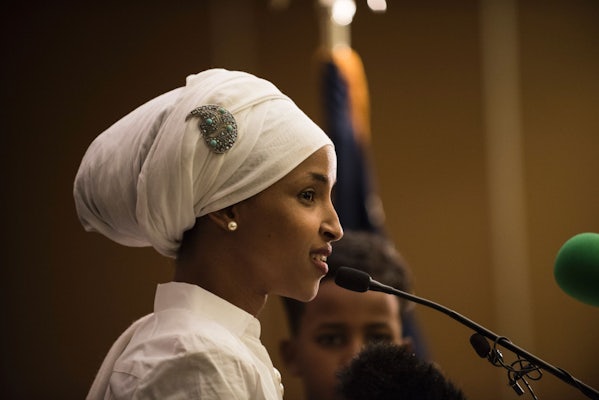 Issues of identity are at the forefront of American politics in Trump era, and Democratic voters continue to send a message in primaries that they want a more diverse political class. Tuesday night’s primaries saw a number of candidates Democratic candidates winning nominations who, if elected, would be path breakers.

Among the notable results of the night:

Christine Hallquist, winning the Vermont gubernatorial nomination, putting her on track to be the first transgender governor in America.

Ilhan Omar, winning a congressional nomination in Minnesota. Since she is running in a strongly Democratic seat, she is expected to be one of the first two Muslim women to win. (Michigan’s Rashida Tlaib is also running as a Democrat and is also a strong favorite).

In Connecticut, Jahana Hayes won a congressional nomination and could be the first African-American congresswoman elected in that State.

Peggy Flanagan, nominated to be the Democratic candidate for Lt. Governor of Minnesota, would, if victorious be the fist Native American to hold that position.

Mandela Barnes, nominated to be the Democratic candidate for Lt. Governor of Wisconsin, would also be a groundbreaker if he wins by becoming the first  African-American to hold that position.

The increasing number of women and people of color winning nominations as Democrats is not matched on the Republican side. As The New York Times reported on Tuesday, “There is a record number of Democratic women running for the House this year, but Republican women did not break the record they set in 2010—when the ‘resistance’ energy was on the right. Only about 14 percent of Republican House candidates are women, compared with about a third of Democratic candidates, according to the Center for American Women and Politics at Rutgers.”