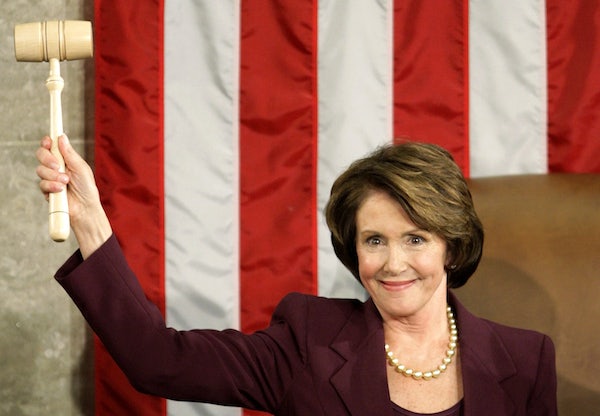 New GOP theory: Losing the midterms could actually be great.

As the midterms approach and they continue to lag in the polls, some Republicans are cheering themselves up with the idea that defeat in the House of Representatives and a move to impeach President Donald Trump could be a blessing in disguise. Politico describes this as a “lose-to-win” theory and reports it is gaining increasing traction among Republicans.

Losing even one house of Congress would mean the end of unified Republican control of the government. Normally, this isn’t something a party in power would wish for. But, according to Politico, Republicans see a silver lining in defeat:

Proponents of the go-for-broke scenario argue that Trump’s at his best when his back is against the wall, and that a move to impeach would both rally the base and make the president sympathetic to moderate voters. Some scoff at the notion that there’s anything for Trump to fear from Democratic investigators on Capitol Hill, especially given the threat he’s already facing from special counsel Robert Mueller, and suggested that the House doesn’t matter as long as Republicans retain the Senate.

If this is really what Republicans think, it is far-fetched and unlikely. There are all too many ways that losing the House of Representatives could backfire on the Republicans. After all, as House Majority leader, Nancy Pelosi would have subpoena power. All the bubbling scandals of the Trump era would suddenly move from the back pages of newspapers to become live drama on TV, as Democrats grill Trump associates about emoluments, conflicts of interest, and the Russia investigation.

Further, defeat would change the political calculations of elected Republicans. So far, they remain in alliance with Trump because they see the downside of criticizing him, especially losing in primaries, as too dangerous. But if Trump leads his party to a midterm collapse, the remaining Republicans might decide they are better off without him.

Finally, as a polarizing president, Trump won’t be able to triangulate the way Bill Clinton did when he faced a Republican congress after 1994. So Trump’s already limited ability to work with congress would completely end.

The theory of “lose-to-win” seems more like one of the stages of the acceptance of grief (denial) than a viable political strategy.