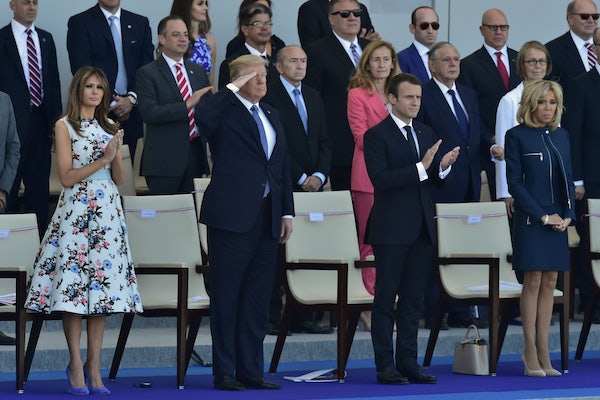 Trump’s desire for a big military parade is proving to be very costly.

The Pentagon has revised the estimated costs of a military parade in November that is being done at the president’s behest. The original estimate is that it would cost $12 million. The new estimate is 760% higher: $92 million.

The United States doesn’t normally hold such parades unless there is a clear-cut military victory. The last such parade was in 1991 when America and its allies swept Iraq out of Kuwait.

Trump got the idea for a parade after visiting France last September and witnessing an impressive military display during Bastille Day.

“It was a tremendous day, and to a large extent because of what I witnessed, we may do something like that on July 4 in Washington down Pennsylvania Avenue,” Trump said after being awed by France’s military hardware. “We’re going to have to try to top it, but we have a lot of planes going over and a lot of military might, and it was really a beautiful thing to see, and representatives from different wars and different uniforms.”

According to CNBC, the Pentagon is pulling no stops in the effort to show that America can one-up France in military spectacle. “The plans currently include approximately eight tanks, as well as other armored vehicles, including Bradleys, Strykers and M113s,” the network reports. “The parade is also expected to include helicopter, fighter jet, transport aircraft as well as historical military plane flyovers. Troops in period uniforms representing the past, present and future forces will march in the parade, as well.”

The Pentagon believes they’ve resolved the question of whether the Abrams tanks would destroy Washington’s infrastructure. Thanks to the tanks distributed weight and track pads, the streets of Washington will not be torn to shreds.