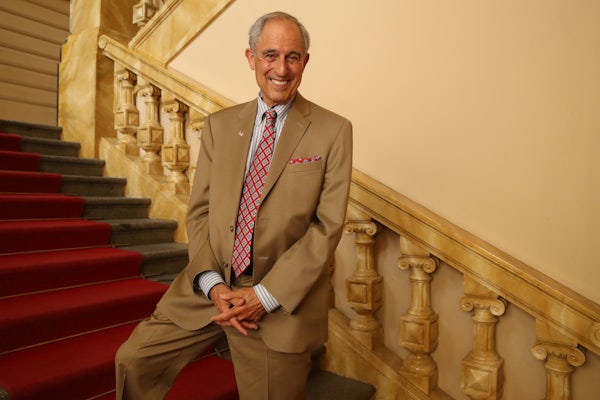 Lanny Davis is the lawyer for Michael Cohen, who used to be President Trump’s lawyer. Yesterday, Michael Cohen pleaded guilty to eight felony counts including paying hush money at Trump’s direction—a violation of campaign finance laws. Today, Davis continued to feed the the media frenzy surrounding his client’s plea by more or less denouncing President Trump in a series of TV and radio interviews.

“Donald Trump is guilty of a crime, and a president of the United States being guilty of a crime is far beyond what has been classically called impeachable offenses,” Davis told NPR. He added that Cohen was not interested in receiving a pardon from the president. “Mr. Cohen is not interested in being dirtied by a pardon from such a man,” Davis asserted.

Davis made similar remarks on MSNBC’s Morning Joe program: “There is no dispute that Donald Trump committed a crime.”

Aside from tarring the president, Davis seemed to be interested in rehabilitating the reputation of his client. He made the far-fetched claim that Cohen’s willingness to turn on Trump wasn’t just about self-preservation but was motivated by patriotism.

“He certainly found Donald Trump as president to be unsuitable to hold the office after Helsinki,” Davis claimed  on NBC’s Today show. “He worried about the future of our country with somebody who was aligning himself with Mr. Putin.”

Davis, of course, has a history of defending unsavory clients, including dictators. With Cohen, Davis has his work cut out for him. One fact that Davis has in his advantage is that Cohen’s foe, the president, is perhaps even more unwholesome.