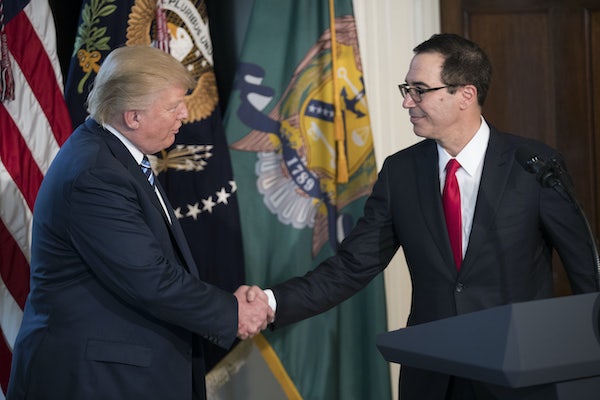 Axios is reporting that congressional Republican have compiled a master list of more than 100 potential investigations into the Trump administration that could be launched by Democrats if they regain the House of Representatives in the midterm elections.

Among the items Axios claims are on the list:

Trump family businesses — and whether they comply with the Constitution’s emoluments clause, including the Chinese trademark grant to the Trump Organization [...]

Discussion of classified information at Mar-a-Lago

Dismissal of members of the EPA board of scientific counselors [...]

The sheer length of the list, excerpted here, underscores the dereliction of the current Congress, which has a constitutional duty to provide oversight of the administration. Notably, many of the items under investigation aren’t even partisan but should be matters of concern to Republicans as well as Democrats. After all, there is no ideological reason for Republicans to ignore security breaches in Mar-a-Lago, the adequacy of the response of hurricanes in Puerto Rico, or possible violations of the emoluments clause. These are matters elected officials of any political coloration should care about.

While the Trump administration has been plagued by scandal, there’s a real sense in which we’ve only so far seen the tip of the iceberg. The Mueller investigation has been close-lipped and Congress hasn’t held the kind of open subpoena-powered hearings that could expose real corruption. All this could change in November.