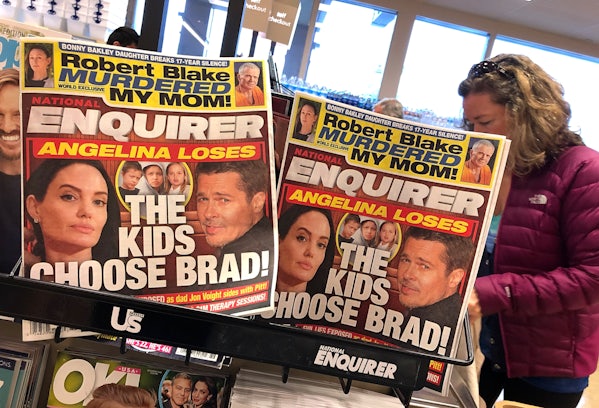 Trump wanted to buy National Enquirer’s safe full of reporting on him.

The New York Times is reporting that the President’s entanglement with America’s leading weekly tabloid is even deeper than previously suspected. In 2016, Trump and his then lawyer Michael Cohen wanted to make a deal with David Pecker, the CEO of the company that runs National Enquirer. Trump has had a longstanding relationship with the Enquirer and with Pecker, with the tabloid purchasing damaging gossip about Trump but making it public. Rather, this information is kept in a safe by the Enquirer, in a practice called “catch and kill.”

The most famous case of “catch and kill” was the purchased of the story from Playboy model Karen McDougal about her alleged affair with Trump but never released it. This transaction took place on the eve of the 2016 election. Both Trump and Cohen were aware of it. While they appreciated the services that National Enquirer did on behalf of Trump, they worried about what would happen to the safe full of dirt if Pecker left the company or anything else happened to him.

“Maybe he gets hit by a truck,” Trump conjectured. Cohen’s solution was to get the Trump Organization to purchase the contents of the safe. “I need to open up a company for the transfer of all of that info, regarding our friend David,” Cohen insisted.

We now know that negotiations between Trump and National Enquirer did take place in 2016, although the deal fell through. The existence of this potential deal could bring the contents of the safe into the ambit of federal prosecutors, who have already gotten Cohen to plead guilty to campaign finance violations in relation to hush money payments.