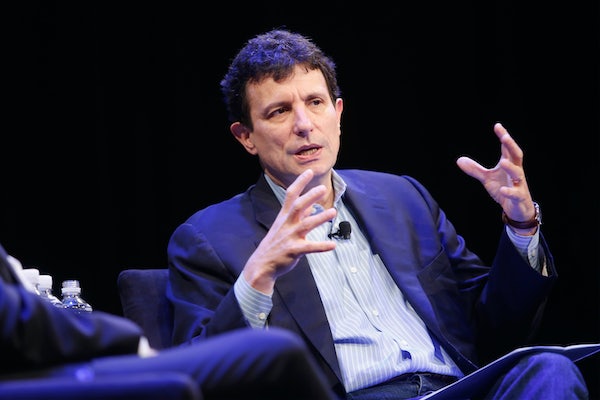 Bannon, the former Trump adviser and former Breitbart chairman, has been disinvited from The New Yorker Festival, and New York Times columnist Bret Stephens is apoplectic. While no fan of Bannon’s white nationalist politics, Stephens thinks the cause of public discourse would be best served by allowing the former presidential advisor to air his views and be confronted by New Yorker editor David Remnick. Stephens sees the rescinding of the invitation as a lamentable surrender by the venerable magazine to mob protest on Twitter.

Remnick, Stephens argues, “is no longer the editor of The New Yorker. Twitter is. Social media doesn’t just get a voice. Now it wields a veto. What used to be thought of as adult supervision yields—as it already has in Congress and at universities—to the itch of the crowd.”

Stephens is confusing the medium with the message. Twitter has allowed reader protests to be amplified, but the true reason that Bannon is not attending the event has nothing to to with trending hashtags and everything to do with celebrity power. Within hours of the announcement that Bannon was headlining the event, other famous guests made clear they would be dropping out: Jim Carrey, Bo Burnham, Judd Apatow, John Mulaney, and Patton Oswalt. Stephens briefly acknowledges this, but mainly to note that they “tweeted that they would pull out if Bannon remained on the program.” But the fact these big names tweeted their objection is far less important than the leverage they had as celebrities. If they didn’t show up, The New Yorker would hardly have a festival at all.

Stephens never confronts the actual objections to the invitation. He treats the planned on-stage discussion between Bannon and Remnick as a journalistic event. But The New Yorker Festival is not journalism. It’s a consumer event for well-to-do readers to meet writers and other celebrities. To invite Bannon to the event would, inevitably, grant Bannon a mainstream respectability he doesn’t deserve.

Stephens is well aware that inviting a controversial guest speaker can have the effect of legitimizing the speaker. In 2007, Columbia University President Lee Bollinger defended the school’s decision to host a speech by Iranian President Mahmoud Ahmadinejad by saying that it was an excellent opportunity for the autocrat to be confronted. Objecting in The Wall Street Journal, Stephens succumbed to Godwin’s law. “Hitler at Columbia would merely have been a man at a podium, offering his ‘ideas’ on this or that, and not the master of a huge terror apparatus bearing down on you,” Stephens argued. “To suggest that such an event amounts to a confrontation, or offers a perspective on reality, is a bit like suggesting that one ‘confronts’ a wild animal by staring at it through its cage at a zoo.”

Stephens position of 2007 directly contradicts what he’s arguing now. In the more recent column he even brings up Iran again, notting that “if high-profile interviews with a racist like George Wallace or a theocrat like Ayatollah Ruhollah Khomeini were worth doing by a past generation of journalists, Remnick reasoned, why not one with Bannon?” To take it to its logical conclusion, Stephens should be willing to let Khomeini—if he were still alive—to speak at either the New Yorker festival or Columbia University.