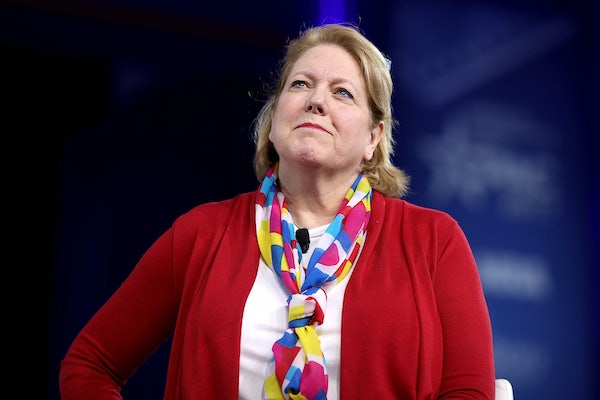 Clarence Thomas’s wife hires a staffer who once wrote “I hate blacks.”

Mediaite is reporting that Ginni Thomas, the wife of Supreme Court Justice Clarence Thomas, employs as a factotum Chrystal Clanton, who was fired last year from Turning Points USA for racist text messages. “I HATE BLACK PEOPLE,” Clanton texted. “Like fuck them all . . . I hate blacks. End of story.” This racist text message was first reported by The New Yorker. Mediate has also discovered that Clanton made frequent Islamophobic comments on Snapchat, including a caption of an Arab-looking man that reads, “Just thinking about ways to do another 9/11.”

On Facebook, Ginni Thomas has praised Clanton as someone “who makes every day better and more fun!” The two frequently travel together to right-wing speaking engagements. According to Mediaite, Clanton “flaunts her relationship with the Thomases to conservative friends as a way to prove that the New Yorker’s publication of her racist text messages did not ruin her career. In July, Clanton shared a photo on Instagram of herself, Thomas, and Ginni Thomas having a ‘great weekend’ together.”

Over the last decade, Ginni Thomas has been increasingly vocal as a strident advocate of right-wing politics. She recently posted a Facebook message mocking Parkland shooting survivor David Hogg as exhibiting “a special kind of stupid.”