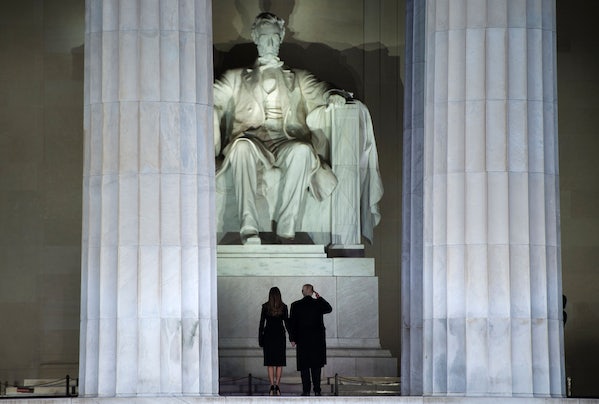 Trump believes his speeches could one day rank with the Gettysburg Address.

At a rally in Billings, Montana, the president reflected on the history of one of the most famous speeches in American history.

“You know when Abraham Lincoln made the Gettysburg Address speech, the great speech” Trump asked. “Do you know he was ridiculed? He was ridiculed. ... And he was excoriated by the fake news. They had fake news. He was excoriated. They said it was a terrible, terrible speech.” But the president added, the greatness of the speech was eventually recognized: “Fifty years after his death they said it may have been the greatest speech ever made in America. Pretty good. Pretty good. I have a feeling that’s going to happen with us.”

Not surprisingly, Trump’s recounting of history is sketchy. Aside from a few Democratic newspapers that opposed Lincoln for political reasons, the Gettysburg received a warm welcome.

In addition to comparing his own oratory with Lincoln’s, the president struggled to pronounce the word “anonymous.”

Other highlights of the speech, as reported by Toronto Star reporter Daniel Dale, include:

* warning that if he’s impeached the United States will become “a third world country.”

* trying to guilt trip his supporters by saying that “If [impeachment] does happen it’s your fault, because you didn’t go out to vote.”

* fretting over a “Deep State” conspiracy to subvert his administration. “At some point, this whole thing is going to be exposed,” Trump promised. “And it’s really bad and it’s really dangerous.”

* claiming that the books coming out critical of his administration are a response to White House physician Ronny Jackson giving him a good report. “But Ronny Jackson is a doctor, he is actually the doctor that gave me my physical,” Trump claimed. “And he said that I am in great shape. And the Democrats, liberals, deep state, they were very upset to hear that. So they got tougher and tougher and they write more books now.”