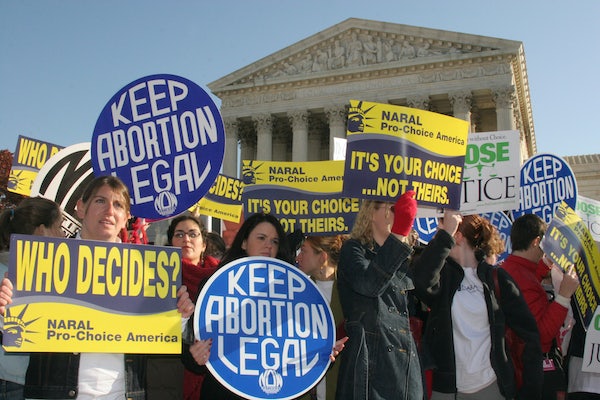 The social media giant has outsourced fact-checking to five outlets: Associated Press, Factcheck.org, PolitiFact, Snopes.com, and, as reported last fall, The Weekly Standard. All of these are non-partisan organizations, except for The Weekly Standard, which is, of course, a conservative magazine. The choice of The Weekly Standard as an arbiter of factual accuracy was always a puzzling one. After all, this is a magazine that staked its reputation on the claim that Saddam Hussein had weapons of mass destruction as well as significant ties to Al-Qaida and the 9/11 terror attacks.

As was entirely predictable, The Weekly Standard is using its new authority as a Facebook fact-checker to label liberal arguments “false.” On Sunday, ThinkProgress published an article by Ian Millhiser headlined “Brett Kavanaugh said he would kill Roe v. Wade last week and almost no one noticed.” The article took two statements from the Supreme Court nominee (that he applies the “Glucksberg test” to past precedence and that Roe v. Wade fails the Glucksberg test) to draw the perfectly plausible conclusion that the jurist was making evident a desire to overturn Roe v. Wade.

The Weekly Standard labelled this article as “false.” It might be more accurate to say that the article is debatable: One could believe in good faith that it makes its case or that it doesn’t.

Congressman Ro Khanna, whose district includes Silicon Valley, took issue with the decision. “In this case, Facebook’s ban seems too broad and should not have censored ThinkProgress,” Khanna said in a statement. “Facebook should hire more humanists to help think through its responsibility as a new media company.”

Khanna’s comments get to the heart of the matter. It’s precisely because Facebook is shirking its responsibilities that it has decided to off-load fact-checking on other organizations.