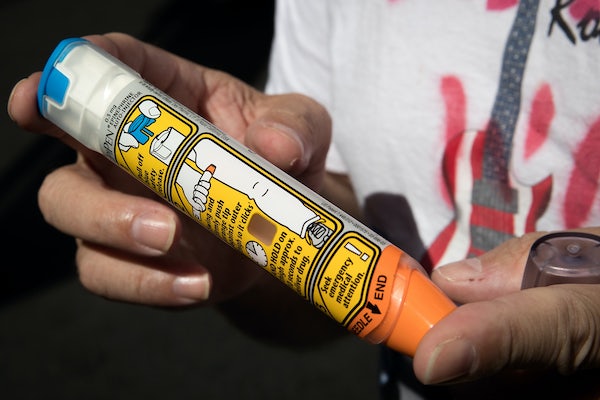 Hurricane Florence could cause prescription drug shortages. But which drugs?

In preparation for the Category 2 storm’s arrival, three major U.S. pharmaceutical companies are shutting down manufacturing facilities on the East Coast, according to In-Pharma Technologist. But it’s unclear which medications, vaccines, or devices would be affected by a prolonged closure because the drugmakers aren’t required to disclose what’s produced at each factory (on the grounds that it’s a trade secret and potential security risk). “We don’t have the list of drugs or devices made in those facilities,” said Erin Fox, an expert on drug-supply issues at the University of Utah. “We literally can’t ever have that.”

The drugmaker Pfizer is temporarily shutting down two manufacturing facilities, including one that belongs to the company’s injectibles division, Hospira. That facility is “a key source of injected hospital drugs in the U.S.,” according to Bloomberg, which added that “a prolonged disruption in its operations would worsen longstanding supply squeezes for such medications.” The drug company Merck, which makes vaccines against diseases like ovarian cancer and measles, is closing two vaccine manufacturing operations in North Carolina and Virginia. Novartis, which makes everything from Clozapine to Ritalin, is also closing a facility in North Carolina.

All three of these companies have issued statements assuring that they have contingency plans if closures last longer than expected. Such plans don’t always work. Last year, Hurricane Maria crippled a drug manufacturing facility in Puerto Rico owned by Baxter International, a key maker of IV saline. That led to a widespread shortage of IV drip bags in hospitals across the U.S. “For a good six months, hospitals had to make massive changes to how they administered medications,” Fox said.

This can happen because drugmakers often don’t have more than one manufacturing facility for their most important drugs, because it’s less profitable. “People’s lives are at stake, but it’s still a business,” Fox said. “And that’s where we need the most improvement.” In the meantime, she argued, pharmaceutical companies that are forced to close during hurricanes should have to disclose which medications might be affected. “Of course it makes sense to close these plants,” she said. “But it would be nice to be able to make some plans.”