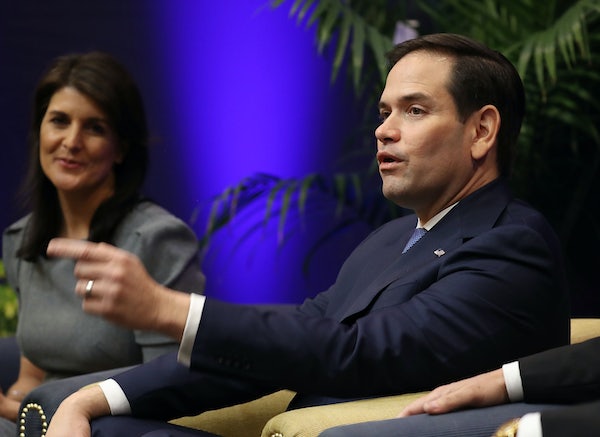 It pays to move your country’s embassy to Jerusalem.

With tacit U.S. support, Guatemalan President Jimmy Morales recently announced plans to dismantle CICIG, a U.N.-backed anti-corruption body that has helped unearth major corruption scandals in Guatemala, including one that led to the resignation of former President Otto Perez Molina in 2015. The anti-corruption body has accused Morales of accepting illicit funds after failing to report nearly $1 million in campaign donations.

Conservative lawmakers in the U.S. have recently rallied against the CICIG in what Bloomberg columnist Mac Margolis has suggested could be part of a quid pro quo for Guatemalan loyalty to the Trump administration. After Donald Trump announced his decision to move the U.S. embassy to Jerusalem, Guatemala became the first country to follow suit; Eric Olson, the deputy director of the Wilson Center’s Latin American Program, labeled it a blatant move to “curry favor with the U.S.” The embassy was inaugurated in May, a few weeks after Senator Marco Rubio, who has largely controlled the direction of U.S. diplomacy in Latin America under Trump, suspended $6 million in State Department funding to the CICIG, pushing unsubstantiated claims that CICIG is under Russian influence.

The Morales administration has also resisted growing Chinese pressure to cut ties with Taiwan after neighbors El Salvador, Panama, and the Dominican Republic all announced they would earlier this year. (The U.S. has pulled diplomats from all three countries in retaliation.)

Since then, Republican lawmakers and conservative pundits have tried to delegitimize CICIG’s probes. Earlier this week, Senator Rand Paul tweeted that “every American should oppose U.S. funding of U.N. programs that infringe on sovereign nations’ rights,” while The Wall Street Journal’s Mary Anastasia O’Grady wrote, without evidence, that the “international left has cheered the murky influence and capriciousness of CICIG because it strong-arms and silences ideological opponents of socialism.”