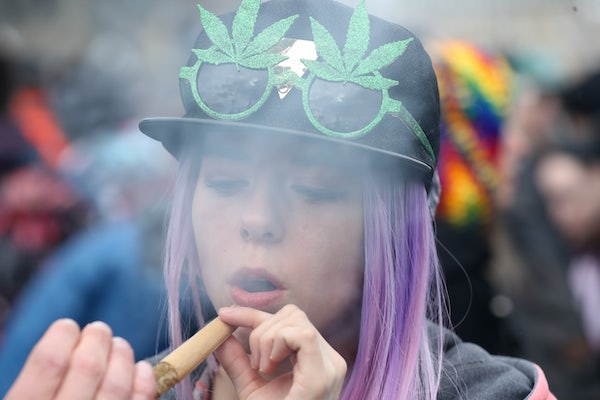 On Wednesday Canada followed Uruguay, becoming the second country in the world to legalize marijuana for recreational purposes. Given the size of the Canadian market, there’s been a rush to invest in the burgeoning industry. As a mark of the new order, former Prime Minister Brian Mulroney, who led the Progressive Conservative Party, announced he was joining the board of Acreage Holdings, one of the largest cannabis firms in the United States. “Companies are clamoring to join in what some are calling a green rush,” The New York Times reported.

But giddy expectations of pot profit lessened on the first day as stock prices in other cannabis firms dropped. “Canopy Growth Corp shares slid to $65.55 as of 2:30 p.m., down 4.5 per cent from Tuesday,” the Financial Post reported. “Aurora Cannabis saw its shares fall 2.64 per cent to $13.61. Tilray Inc, a B.C.-based company that trades on the Nasdaq, saw the largest decline, after shares slid by 7.69 per cent to $146.20.” Only one firm in the marijuana sector, Aphria Inc, saw its stock price rise.

All these companies had previously seen growth in the months leading up to legalization, so the sudden skittishness of investors is striking. One major source of uncertainty, as writer Andrew Potter, who has co-edited a book on legalization, noted on Twitter, is the question of whether legal marijuana can compete against an already existing blackmarket which offers quality product at reasonable prices.

The danger, as Potter observed, is that the need to protect the legal market could ignite a new war on drugs.