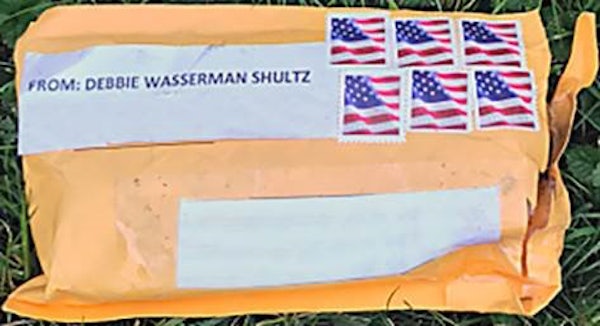 As wave of attempted bombing continues, Trump chooses to blame the victims.

All were sent roughly similar packages. The one to Brennan was misaddressed to CNN (Brennan is a commentator on MSNBC). The package to Holder had Schultz’s address as a return label, so it ended up in her office.

All the targets are critics of President Donald Trump, sometimes vocal ones. Except for Brennan, they are also all Democrats.

Posted in the wake of CNN having to evacuate its New York offices after one of the bombs was sent to them, this tweet seems to be blaming the victims for their situation.

The president was not the only one who had a strange reaction to the unfolding news. Respected Harvard psychology professor Steven Pinker tweeted:

As the journalist Lindsey Beyerstein noted, its hard to deny the news-worthiness of a wave of political violence on the eve of an election: