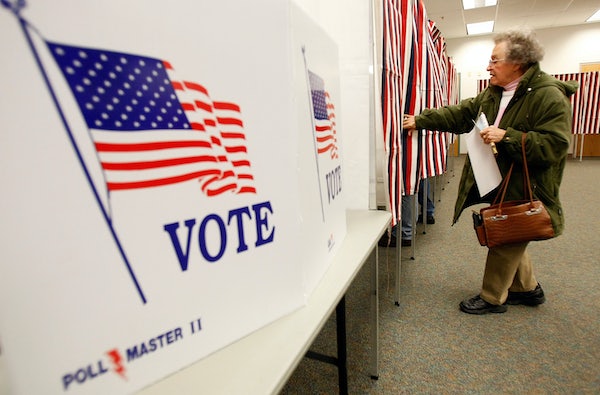 Nobody knows what the outcome of next Tuesday’s midterm election will be.

The conventional wisdom, based on polling, is that the midterms will result in Democrats winning the House of Representatives but Republicans holding the Senate. But can the polling be trusted? Writing for Vanity Fair, Peter Hamby argues no.  He points out that polling models rely on previous elections but there’s every reason to believe that the electorate in the Trump era is unstable. In 2016, polling slightly underestimated Trump’s support. Since then, polls have consistently underestimated Democratic candidates in special elections.

Other factors feed into uncertainty. Young people, who seem to be ready to vote in much larger numbers than previous midterms, are notoriously hard to poll accurately since they don’t have landlines and are reluctant to engage with pollsters. Finally, there are many mixed signals coming from the polls. Trump’s popularity is lower than most presidents’ but it’s been rising lately (until the terrorist acts of last week). The economy is booming but the stock market is wobbly. In any case, economic factors seem to have become uncoupled from political popularity.

All of this means that anything is possible. The Republicans could hold both houses of Congress. The Democrats could win both. There could be a massive blue wave. There could be only a slight blue ripple. Everything is up for grabs.

You know who knows the precise composition of this year’s electorate? No one. Electorates mutate every two years. They get older, they get younger, they get browner, they get whiter, they get smaller, they get bigger. They respond to new candidates and shifting issue sets. Using past turnout patterns can be useful when modeling a universe of voters, but the polls cannot tell us with certainty what will happen on Election Day anymore. In a volatile environment where Trump has saturated every inch of our cultural fabric with politics, who the hell knows what’s going to happen? Maybe Democrats might actually win the Senate. Maybe Republicans will keep the House. Maybe Trump’s nativist final push will actually yield big returns just where he needs them. Or maybe not! Just let people vote. The only currency to cling to in the post-Trump era is that all bets are off.﻿