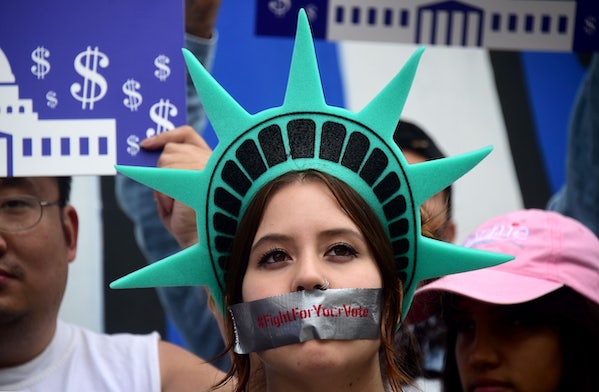 Trump decries voter suppression even as he practices it.

On Monday morning, the president of the United States sent out two tweets that touched on the subject of voter suppression:

In the first tweet, Trump is recasting the concept of voter suppression to include the posting of poll results unfavorable to Republicans (“Fake Suppression Polls”). In the second tweet, he’s actually practicing a type of voter suppression by suggesting, falsely, that he has the ability to bring down extra police scrutiny and judicial punishment for those deemed to have voted illegally. In fact, voting is handled by the states. But the impression created by the tweet is that opponents of the president should be wary.