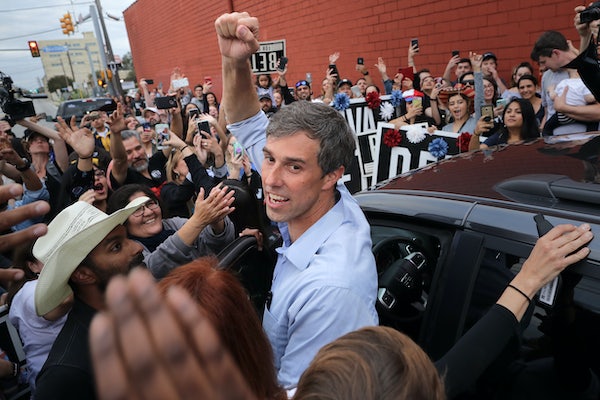 Here’s who raised—and donated—the most money these midterms.

Once all the campaign-finance reports are in, the 2018 elections will have broken the record for the most money spent in a midterm cycle—a total of around $5.2 billion, according to a projection by the Center for Responsive Politics (CRP). (The exact total won’t be known until after December 6, the Federal Elections Commission’s final filing deadline for all midterm spending.)

The National Beer Wholesale Association: $3 million (46 percent to Democrats and 54 percent to Republicans)

Northrop Grumman: $2.7 million (42 percent to Democrats and 58 percent to Republicans)

The House candidates that raised the most money:

And the top Senate candidates: