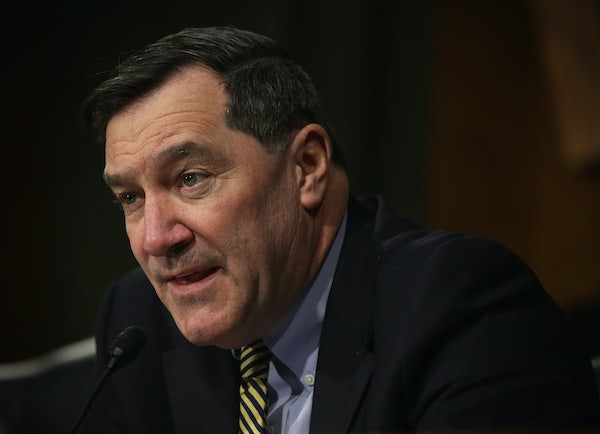 The Democrats’ hopes of winning the Senate are just about dead.

For the Democrats to retake the Senate, given their “almost impossible” 2018 map, they would nearly have to shoot the moon on Tuesday, preserving all of their own seats and winning several tough races in Indiana, West Virginia, Missouri, Florida, Texas, and Tennessee. The votes in most of those states are still out. But Democrats received bad news in Indiana, where incumbent Joe Donnelly lost to Republican Mike Braun, and Tennessee, where Phil Bredesen lost to Marsha Blackburn for retiring Republican Senator Bob Corker’s seat.

Donnelly’s seat had been targeted by Republicans, particularly after the senator came out against Supreme Court nominee Brett Kavanaugh. Donald Trump travelled to the state multiple times. Donnelly’s loss does not bode well for Missouri’s Claire McCaskill, who also represents a red state. Beto O’Rourke is running ahead of Ted Cruz in Texas, but is not expected to win. And Bill Nelson is trailing in Florida, with over 90 percent of the vote in.

Donnelly was not a particularly reliable or effective Democratic senator, backing both Neal Gorsuch’s confirmation to the Supreme Court and a 20-week ban on abortions. But his loss is still bad news for Democrats, as it effectively ends their chances of taking the Senate.