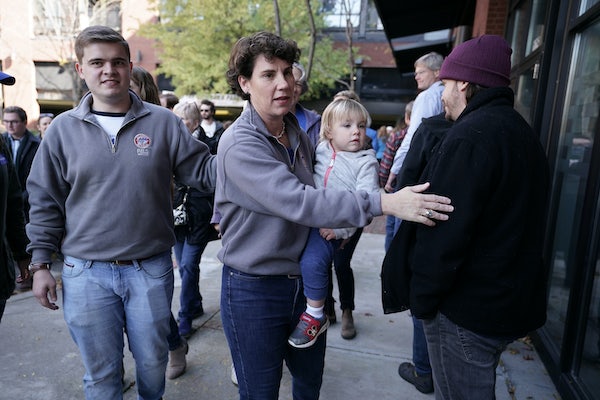 In one of the most-watched races of the midterms, Democratic challenger McGrath has narrowly lost to incumbent Republican Andy Barr. McGrath received 48 percent of the vote against Barr’s 51 percent. The narrowness itself is noteworthy. In 2016 Barr won by 22 points, in a district that Donald Trump himself carried by more than 15 points.

As The New York Times observes, McGrath’s “biography as a Marine aviator gave her star power and a huge fund-raising advantage, Mr. Barr found himself running against a résumé that he could not match. So he emphasized his conservative ideology, and prevailed.” Barr emphasized his closeness to President Donald Trump, which energized enough of the Republican base to keep the seat in GOP hands.

As the night unfolds, Democrats are finding that even when they greatly outperform 2016, they are still not coming close enough to win in long-held Republican districts.