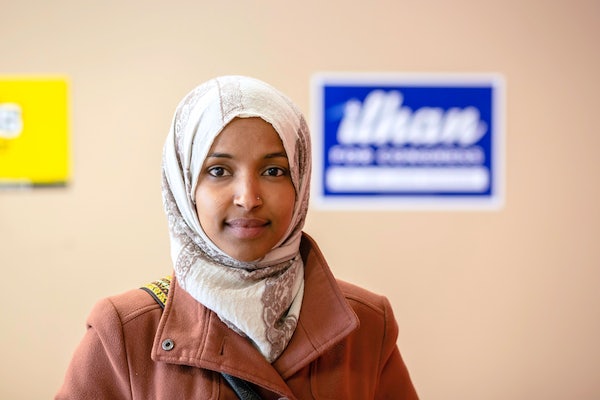 The 2018 midterm elections have not brought the massive blue wave that Democrats had hoped for, as the party only won the House, not the Senate. But it brought about some historic firsts for congressional candidates—particularly women—of color.

Ocasio-Cortez, Omar, Pressley, and Tlaib were all widely expected to win their races on Tuesday. Tlaib faced no Republican challengers in her bid for Congress in Michigan. Nor did Pressley in Illinois. And Omar and Ocasio-Cortez both ran in solidly Democratic districts in their respective states, Minnesota and New York. Still, as USA Today reported, their victories reflect “a growing sentiment among voters that it’s time for racial minorities and women to play a larger role in American politics.”

Not all of Tuesday’s historic wins were expected. In Kansas, voters elected Sharice Davids to the House over four-term Republican incumbent Representative Kevin Yoder. Davids is not only the first Native American woman elected to Congress; she’s the first openly LGBTQ person to represent Kansas, according to the Kansas City Star. And but she isn’t the only Native American woman to be elected to Congress on Tuesday. HuffPost reported that Deb Haaland, a member of the Laguna Pueblo tribe, won in New Mexico’s heavily Democratic 1st Congressional District.