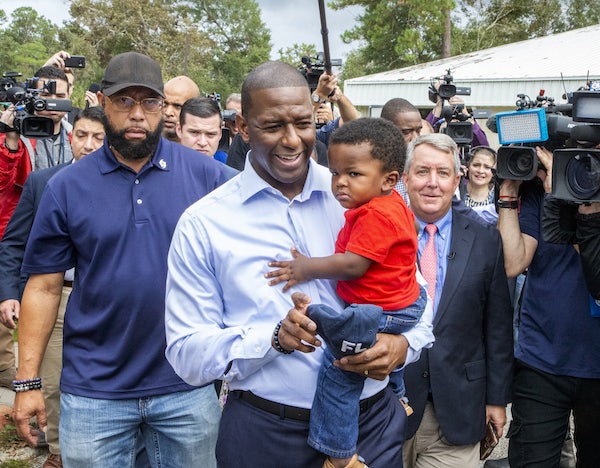 Republicans’ racist campaigns in Florida and Georgia paid off.

Both of the GOP candidates won through appeals to racism, or at least weren’t penalized by voters for making them. DeSantis campaigned as a dyed-in-the-wool Trumpist who warned voters not to “monkey this up” by electing his black opponent. Kemp, Georgia’s secretary of state, tried to tie Abrams to armed Black Panthers and falsely warned that his opponent would let undocumented immigrants vote. As I wrote on Monday, Kemp has also engaged in voter suppression that disproportionately affected African Americans, who were more likely to support his opponent.