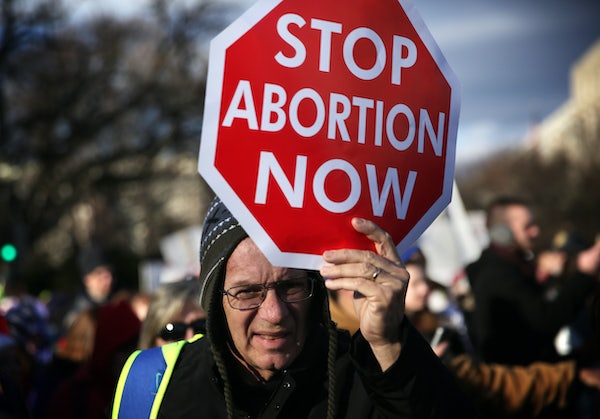 Voters in Alabama and West Virginia have approved amendments to their respective state constitutions that seek to immediately ban abortion if Roe V. Wade—the landmark 1973 decision that made abortion legal nationwide—is ever overturned by the Supreme Court.

West Virginians narrowly voted to approve Amendment 1, which will state that “nothing in this Constitution secures or protects a right to abortion or requires the funding of abortion.” A similar amendment passed in Alabama late Tuesday night: Amendment 2, which will grant “fetal personhood” to unborn babies, and “recognize and support the sanctity of unborn life and the rights of unborn children.”

The new amendments are meaningless, for now. State constitutions can’t ban abortion, because Roe v. Wade affirmed that abortion was legal across the country. If Roe v. Wade is ever overturned by the Supreme Court, however, those amendments would go into affect, and women in both states would have to travel out-of-state to undergo the procedure.

Overturning Roe used to be seen as a pipe dream for anti-abortion advocates. But it’s now seen as a possibility, given Brett Kavanaugh’s recent confirmation to the Supreme Court. “Nobody knows what the reversal of Roe might look like in practice,” Irin Carmon wrote recently for The Cut, “but it’s likely the Supreme Court will give states more power than ever to shape abortion law.” Alabama and West Virginia have now stated clearly what they would do with that power.