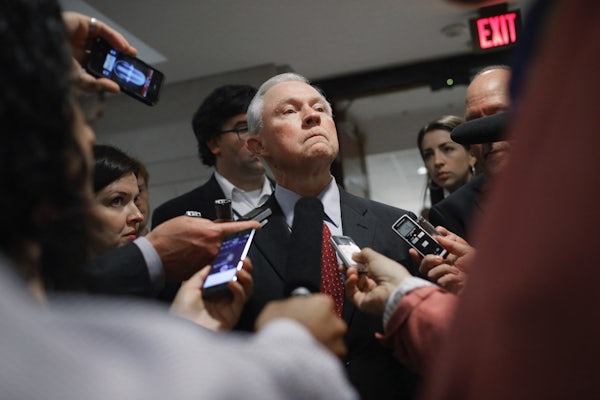 Senators offer vague warnings to Trump about the Mueller probe.

With the exit of Jeff Sessions as Attorney General, the fate of Robert Mueller’s ongoing investigation is now in doubt. Sessions has been temporarily replaced by Acting Attorney General Matthew Whitaker, who has a long record of calling for the Mueller investigation to be curbed. Senators of both parties have admonished President Donald Trump against hamper the investigation, but their words were less than stirring.

Senator Minority Leader Chuck Schumer said, “We would hope, if there’s a constitutional crisis, that our Republican colleagues would join us in thwarting the president from creating that crisis.” These words combine an enervating hypothetical mode (“if”) with temporal confusion (how can you thwart the creation of a crisis if it has already started?).

The problem with all these statements is they are injunctions without any creditable punishment behind them. After all, Trump has the vast majority of the Republican Senate behind him. As long as that lasts, these warnings are mere words.