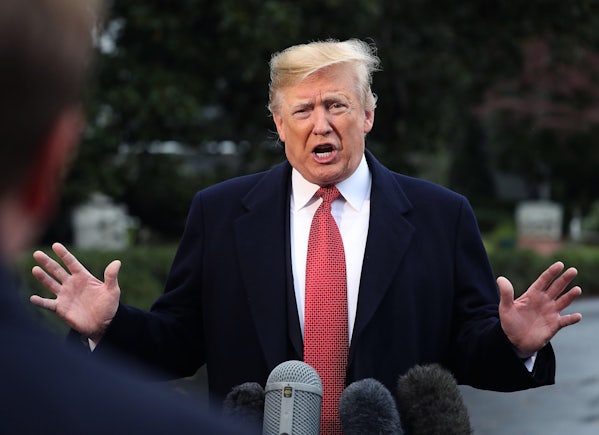 Trump, after misreading a newspaper article, wants to cut off relief funding for Puerto Rico.

Jonathan Swan of Axios reports that President Donald Trump wants to terminate any further federal funding to help Puerto Rico deal with the aftermath of the 2017 hurricanes that hit the island. This move is motivated by the president’s misunderstanding of a Wall Street Journal article he read in October. The article noted that the island’s bond prices were improving thanks to expectations of an injection of federal funding.

Trump’s turn against Puerto Rico is also part of his general penchant for not wanting to assist jurisdictions that vote against him. On Saturday, the president fulminated on Twitter against forest management in California and threatened “no more Fed payments.”

With the Democrats soon taking control of the House of Representatives, relief funding for Puerto Rico could be a major source of friction between Congress and the president. “Trump won’t be able to take away disaster funds that have already been set aside by Congress, and sources close to the situation tell me the White House hasn’t asked Republican lawmakers to do so,” Swan observes. “But Trump could refuse to sign a future spending bill that would make more money available for Puerto Rico’s recovery.”