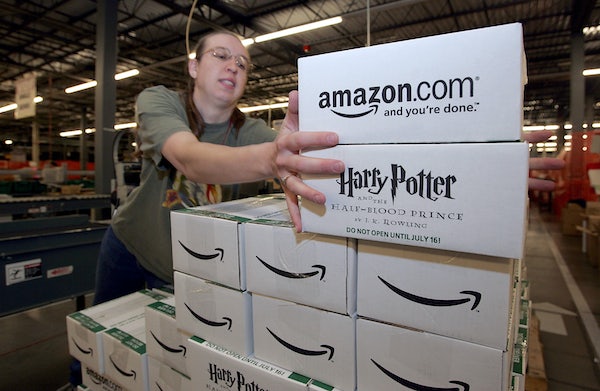 Amazon announces its new headquarters, which will get nearly $3 billion in public money. Critics are unimpressed.

The tech retail giant has announced more details about the second headquarters spot that many localities were vying for: The so-called second headquarters will now be two new headquarters in New York City and Arlington, Virginia. Amazon will also open an operations center in Tennessee. The Virginia location will actually be a city-within-a-city called National Landing.

The renaming is only one of the many deals Amazon has struck with the localities. The Washington Post calculates that state and municipal governments are forking over $2.8 billion in incentives in order to be graced by Amazon’s expansion plans.

“New York was the most generous among the winners, promising more than $1.85 billion for Amazon to build one of its two new headquarters in Long Island City in the borough of Queens, according to the Amazon announcement,” The Washington Post notes. “Virginia appeared to have made a better deal, as it offered incentives of $819 million to place the other new headquarters in Arlington in Northern Virginia, according to the announcement.”

Virginia also seems to have agreed to other sweetheart deals, including clearing the way for the building of a helicopter landing pad and also providing advance notice about Freedom of Information Act requests affecting Amazon:

Virginia Governor Ralph Northam, a Democrat, hailed the deal as “a new model of economic development for the 21st century.”