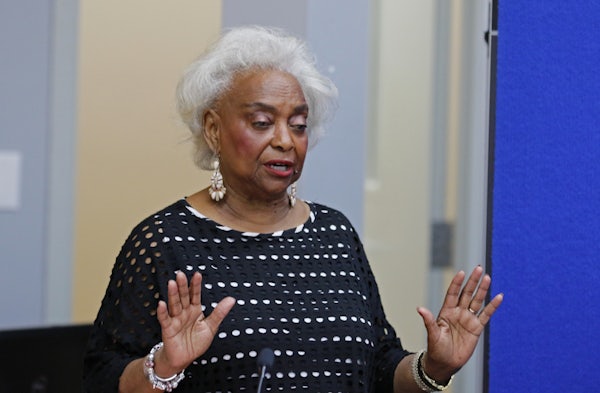 As the vote count continues in Florida, the GOP is undermining faith in the system.

Florida, where the results for the senatorial and gubernatorial races remains unsettled, has become a testing ground for how much political pressure can be put upon election officials. As The Washington Post reports, election officials, particularly Broward County Election Supervisor Brenda Snipes, has been a particular target of political criticism which has now spilled over to online harassment.

“Public criticisms of Snipes grew intense last week when Gov. Rick Scott, who at first appeared to narrowly win his campaign for a U.S. Senate seat against incumbent Sen. Bill Nelson, declared in a news conference from the governor’s mansion that Snipes ‘has a history of acting in absolute bad faith,’” the newspaper notes. Florida Senator Marco Rubio and former governor Jeb Bush have joined in the demand that Snipes lose her post.

According to The Washington Post, outside lobbying groups are part of this active campaign:

A pro-Trump political committee says it is spending $250,000 on an ad attacking Snipes on television in southern and central Florida and online. “Legal voters in Florida are outraged, and Brenda Snipes must be removed,” says the ad by Great America PAC, which suggests blatant fraud but offers no evidence. “When we can’t trust our elections, we don’t have a democracy.”

As a result of the heated partisan rhetoric, Snipes has been doxxed on social media, with her home address made public.

Paralleling this move, a senior advisor to Rick Scott refuses to say what Scott would do if Nelson is declared the winner of the election: