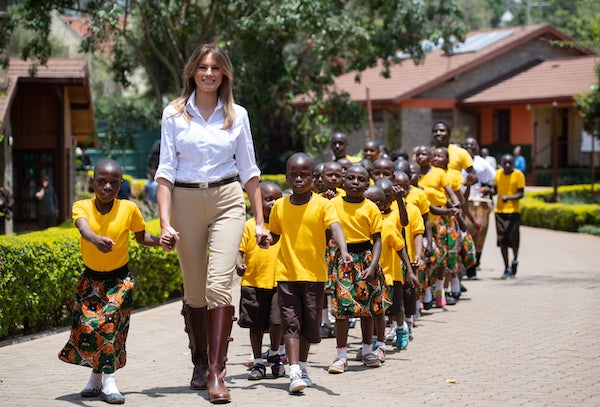 To what extent has Melania Trump ousted the deputy national security advisor?

On Tuesday afternoon, ABC’s John Santucci reported that office of first lady Melania Trump believed that Mira Ricardel, the deputy national security advisor, should lose her job. In a statement, Stephanie Grisham, Melanie Trump’s communication director, wrote, “It is the position of the Office of the first lady that she no longer deserves the honor of serving in this White House.”

It’s highly unusual, perhaps without precedent, for a first lady to try and exert this sort of sway over a national security official.

Jennifer Jacobs of Bloomberg reports that Melania Trump and Ricardel quarrelled over seating arrangements in a trip the First Lady made to Africa.

More than most administrations, the Trump White House has been characterized by court intrigue.

As The New York Times recently reported, conflicts between Trump’s wife and his daughter sometimes take up the time of White House chief of staff, John Kelly, who is tasked with mediating between the two women.

The newspaper described one such conflict, also related to Melania Trump’s Africa trip:

The first lady’s office had asked West Wing officials to give her some space while she was in Africa so she could showcase the work she was doing, according to two people briefed on the discussion. There were widely distributed photographs of Mrs. Trump at several of the stops, including Accra, Ghana, where she was pictured cradling a small child.

But two days later, Ivanka Trump posted on her Instagram feed a video filmed by the White House team that had a final image of her with a black child during a tour of storm-struck North Carolina.

Someone in the West Wing noticed it, and flagged it for the White House chief of staff, John F. Kelly, who has privately described the Trump children as “playing government” and who was supposed to help manage the relationship between the two women’s offices, according to two people familiar with the conversation.

Mr. Kelly discussed the video with Ms. Trump’s staff, according to two people familiar with the talks. A White House official disputed that Mr. Kelly had such a discussion.