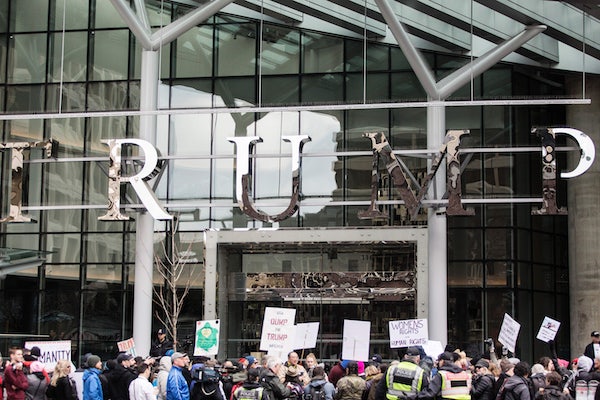 The Trump campaign’s hoarding and self-dealing hurt the GOP in the midterms.

While many congressional Republicans had fundraising difficulties this year, President Donald Trump remained a champion at raising money. Unfortunately for the Republican Party, Mother Jones reports, much of it was spent to enrich Trump’s own businesses as well as a firm run by the head of the Trump campaign. The Trump campaign also sat on a significant chunk of money rather than helping cash-strapped Republicans running in congressional elections.

Trump started raising money almost as soon as he was inaugurated in 2017. This in itself was a break from the immediate past. Former President Barack Obama, for example, didn’t do any fundraising until 2011, a year before running for re-election. Trump quickly amassed a massive war chest in excess of $100 million.

Some of that money went to enrich the Trump Organization. Mother Jones notes that “through the end of September, his campaign paid $3.2 million to Trump’s own properties and businesses. There was money paid for rent at Trump Tower. There were hotel rooms at the Trump International Hotel in Washington, DC. There were banquet room rentals at Trump country clubs in New Jersey and Florida. The Trump campaign also paid for more than $1.2 million worth of flights using Trump’s personal jets—planes the president no longer travels on, but which other family members still do.”

Other big expenditures were on lawyers ($9 million) and on ads made by the company run by head of the Trump campaign ($5 million). The Trump campaign also hoarded $35.4 million, presumably to be used in 2020.

Even though the Trump campaign did spend some money on the midterms, it is likely that overall it was a net drain for Republicans, especially since it was drawing money from the same donor base that the party as a whole relies on.