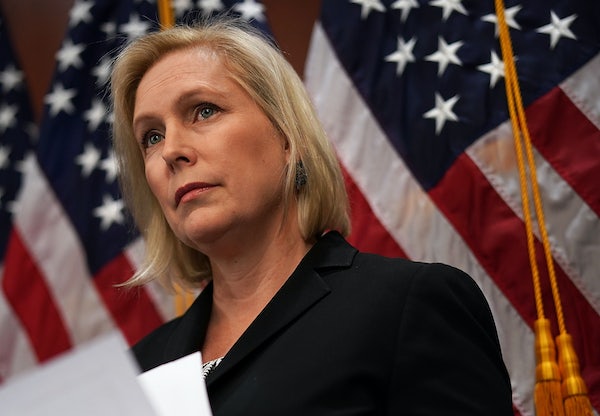 Politico is reporting that New York Senator Kirsten Gillibrand is still facing a backlash from top party donors, who resent her role in pushing Al Franken to resign from the Senate after sexual harassment allegations against him broke out. One leading fundraiser who has turned against Gillibrand is Susie Tompkins Buell. “I do hear people refer to Kirsten Gillibrand as ‘opportunistic’ and shrewd at the expense of others to advance herself and it seems to have been demonstrated in her rapid treatment of her colleague Al Franken,” she told Politico. “I heard her referred to as ‘she would eat her own’ and she seems to have demonstrated that. I know [Gillibrand] thought she was doing the right thing but I think she will be remembered by this rush to judgment.”

In parallel with the Politico story, The New York Times profiled another example of fickle Democratic Party donors: the power couple Bill White and Bryan Eure. Former donors to Barack Obama and Hillary Clinton, they are no now ardent Trump supporters.

Both the Politico story and the Times profile illustrate the hazards  Democratic politicians face in an increasingly polarized and fast-evolving political situation, where traditional donors aren’t necessarily reliable funding.

Yet there’s still a path open for Gillibrand and other Democrats: forgo the wealthy donor class and concentrate on small donors. As Politico notes, “It’s unclear whether or to what extent a donor backlash could debilitate Gillibrand’s possible 2020 campaign. In the era of small donor, digital fundraising, major donors arguably don’t hold as much sway—but that’s typically only true for candidates who catch fire like Sen. Bernie Sanders or Beto O’Rourke.”

Gillibrand’s best path forward might be to turn the scorn of rich donors into an advantage and present herself as the outsider candidate they reject.