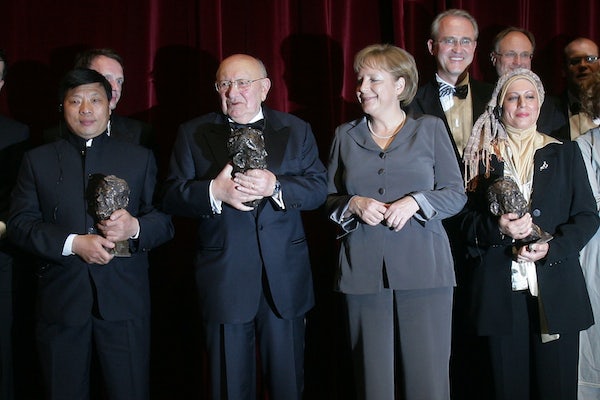 Lu Guang, the celebrated Chinese photographer whose work has appeared in National Geographic and The Guardian, has not been seen since November 3, when he visited the Xinjiang region. Most recently a resident of New York,  Lu made his reputation with photographs that tackled social and political issues in China, notably environmental degradation. The Xinjiang region is known for having tight security because it is the site of the Chinese government’s repression of the Uighur Muslim minority.

Lu’s wife, Xu Xiaoli, wrote a public letter expressing her concerns about her husband’s fate. “He has been lost for more than 20 days and as his most direct family member, I have not received any notice of his arrest,” Xu writes. “I have repeatedly contacted Xinjiang police but have been unable to get through.”

She added that, “It is our 20th wedding anniversary [next week]. We should be celebrating it together. I can only hope for his safe return.”

This is one of several recent disappearances inside China of an internationally renowned Chinese public figure. In June, actress Fan Bingbing, who had starred in the Hollywood film X-Men: Days of Future Past, vanished only to reappear in public in October. Upon her reappearance, Fan apologized for tax avoidance and promised to pay a fine. In late September Meng Hongwei, then head of Interpol, went missing after returning to his home country.