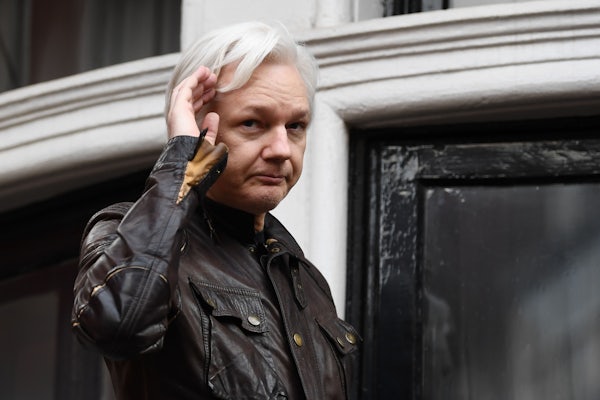 Jerome Corsi says there was no collusion, just “divine intervention.”

Corsi, best known as a prolific spinner of conspiracy theories, has become entangled in the Mueller investigation because of his contacts with Roger Stone. One notable recent revelation is that in August of 2018, two months before Wikileaks started releasing DNC emails hacked from John Podesta, Corsi seemed to have eerily exact knowledge of the coming revelations. “Word is friend in embassy plans 2 more dumps,” Corsi wrote to Stone, alluding to Wikileaks founder Julian Assange.  “One shortly after I’m back. 2nd in Oct. Impact planned to be very damaging.”

In a remarkable interview with MSNBC’s Ari Melber, Corsi offered a novel theory as to his advance knowledge: that it was a lucky guess that could be seen as inspired by God.

Corsi added, “One of the prosecutors said, ‘Dr. Corsi, you are asking us to believe that on an extended international flight with your wife for an anniversary you had divine intervention. God inspired your mind and told you Assange has Podesta’s emails, he’s going to dump them in October and they are going to be dumped in a serial fashion. Is that what you are saying?’ I said, well...that’s about what I’m saying.”