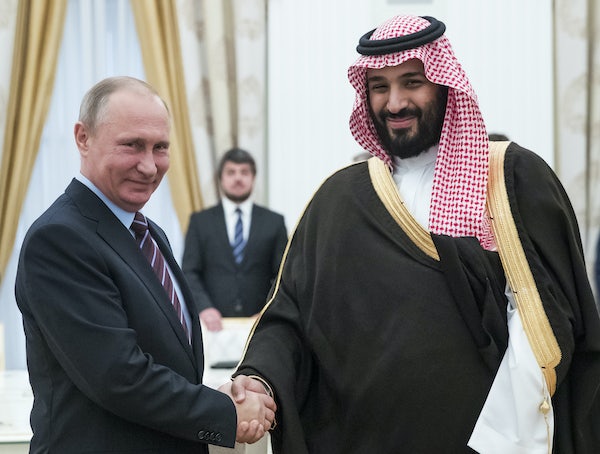 Twitter naturally remarked over the jovial, almost congratulatory, gesture: Both men are ruling with impunity and pursuing an aggressive foreign policy while suspected of killing journalists. Saudi Arabia’s attempts to intimidate Qatar mirror Russia’s bullying of Ukraine. In an era where American leadership is insecure and President Donald Trump has shown himself unwilling to rein in either Russia or Saudi Arabia, Putin and bin Salman can bask in their triumph.