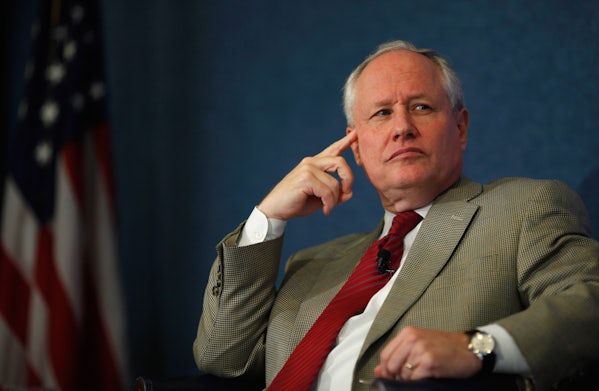 The Weekly Standard’s troubles should worry its political foes as well as its friends.

CNN is reporting that the future of The Weekly Standard is up in the air, with rumors circulating that the owners of the flagship journal of neoconservatism might shut it down. Accounts differ on whether the situation is caused by declining circulation or whether the owner, MediaDC, wants to shutter The Weekly Standard so they can mine its circulation list to build up a planned new publication, a weekly edition of The Washington Examiner.

This move has inevitable political implications. The Weekly Standard is the most vociferously anti-Trump of all major conservative outlets. The Washington Examiner is much less critical and more inclined to follow the Republican party line. As one anonymous source told CNN, “they’re expanding the pro-Trump magazine that does what the owners want, while threatening closing of an independent magazine that has its own history and identity.” A Vox article quotes a source saying, “This is not about dwindling subscribers. This is about strip-mining TWS for its assets.”

Some liberals and leftists are gloating over the possible demise of the neoconservative journal.

Founded in 1995 by William Kristol and Fred Barnes, the magazine will certainly be remembered in history as the main cheerleader for the hawkish foreign policy of President George W. Bush. In that capacity, the journal promoted many dubious ideas, notably the theory that Iraqi dictator Saddam Hussein was responsible for the 9/11 terrorist attacks.

But The Weekly Standard has also been a magazine that appreciates well-turned phrases and crafted journalism. It’s given room to many fine writers, notably Andrew Ferguson, Matt Labash, Gertrude Himmelfarb, Joseph Epstein and Cynthia Ozick. The cultural coverage in the magazine has been particularly thoughtful. Labash’s hilarious profile of dirty tricks master Roger Stone stands as a representative example of The Weekly Standard at its best.

If the magazine shutters, the world will not only lose yet another outlet for consistently good writing; in addition, the lesson conservative writers will likely draw from its closure is that you should never challenge the Republican consensus and you should avoid criticizing Donald Trump. It’s hard to see how leftist Schadenfreude at this news is anything but seriously misguided: Whatever replaces The Weekly Standard is almost certain to be much worse.