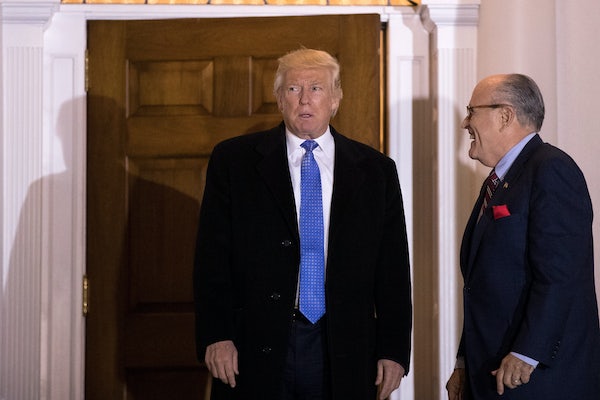 The White House isn’t ready for the Mueller report or, indeed, much of anything else.

The Trump administration is in a strange post-midterms limbo, with many senior posts going unfilled, staff uncertain about their future as they wait a promised shake-up, and no real response being prepared for Special Counsel Robert Mueller’s pending report. As Politico notes, the administration has no United Nations ambassador and deputy National Security Advisor while the posts of attorney general and administrator of the Environmental Protection agency are being done by acting heads that have not been confirmed. The fate of Chief of Staff John Kelly remains up in the air.

“The result is an administration in a holding pattern,”Politico concludes. “Trump has offered almost nothing in the way of a legislative vision for 2019 beyond approval of a new trade deal and vague references to infrastructure. His only clear priority is enforcing border security. The White House has even sent mixed signals about its desire to fight for a criminal justice reform bill that Trump’s son-in-law, Jared Kushner, played a key role in shaping.”

Writing in The Atlantic, Elaina Plott makes a parallel point about the White House’s lack of any systematic strategy for handling the Mueller probe. “Nobody knows how the White House plans to respond to the Mueller report—including the people who work at the White House,” Plott observes. “The lack of planning for potential outcomes of one of the highest-stakes investigations of the past two years illuminates many of the key operating principles of this White House—a follow-the-leader approach, a frequent resort to denial, and a staff constantly in flux. Many of those tactics have allowed Trump to maintain favor with his base, but Mueller’s report will represent the biggest test yet of how they fare against legal, rather than political, challenges.”

A source told Plott, “It’s like, ‘Jesus, take the wheel,’ but scarier.”

One symptom of this lack of a ready response is the failure of Rudy Giuliani, the president’s lawyer, to deliver on his promised a “counter-report” to the Mueller investigation. As Jonathan Chait notes in New York, from July until the present, Giuliani has reneged on his promised response. At this point, in Chait’s words, Giuliani might as well just say, “The Dog Ate My Counter-Report to Mueller.”