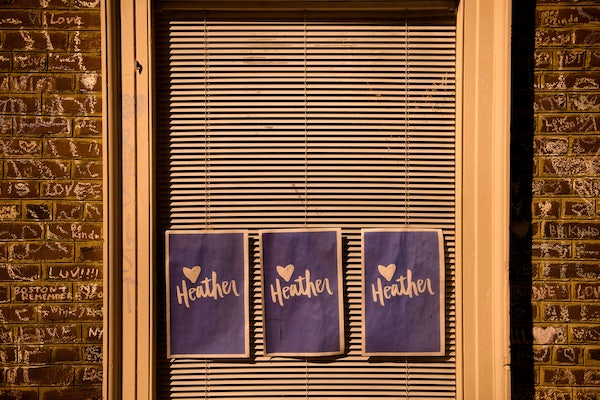 The Associated Press is reporting that James Alex Fields Jr., age 21, has been convicted by a Virginia jury of first-degree murder for ramming his car into a group of protestors during the Unite the Right rally on August 12, 2017, killing one protester, Heather Heyer, and injuring 40 others.

As The New York Times notes, “Friday’s verdict provides some closure in a case that cast a national spotlight on Charlottesville, the scene chosen by racists and anti-Semites to rally for their cause, near a Confederate monument that some city leaders were trying to remove. The August 2017 Unite the Right rally was marked by violent clashes between counterprotesters and white nationalists, some of whom were convicted earlier this year.”

On the day of the murder, Fields’s mother had texted to him “be careful.” He responded “We’re not the one[s] who need to be careful.” That text was accompanied by a photo of Adolph Hitler.

Additional evidence showed that Fields’s act was an outgrowth of his neo-Nazi ideology. “Prosecutors also showed the jury a cartoon that Mr. Fields had shared months earlier on Instagram of a car ramming into a crowd, with the words, ‘You have the right to protest but I’m late for work.’” The New York Times observes. “Other evidence included recordings of conversations that Mr. Fields had with his mother after his arrest, in which he described the counterprotesters at the rally as a ‘violent gang of terrorists,’ and derided Ms. Heyer’s mother, Susan Bro, as an ‘anti-white liberal’ who should be viewed as an enemy.”