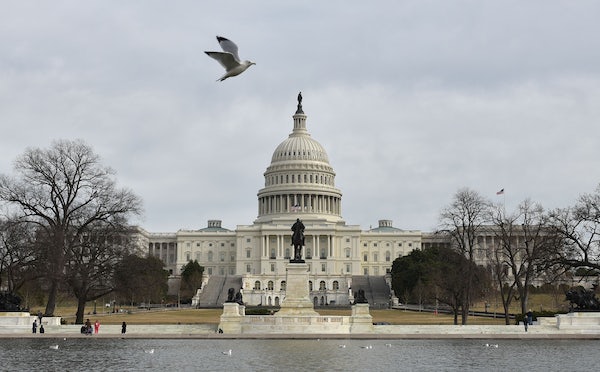 The Washington Post has published a curious op-ed written by 44 former Senators who vaguely warn of an impending threat to American democracy. “As former members of the U.S. Senate, Democrats and Republicans, it is our shared view that we are entering a dangerous period, and we feel an obligation to speak up about serious challenges to the rule of law, the Constitution, our governing institutions and our national security,” the statement reads.

The signatories are bipartisan: 32 are Democrats, ten are Republicans, and two are independents. The Republicans tend to skew towards the more moderate wing of the GOP, including figures known for working with Democrats such as Chuck Hagel and Richard Lugar.

The bipartisan authorship might explain why the statement is so anodyne, with no clarity about what exactly the former senators want. The Mueller investigation is mentioned but President Donald Trump goes unnamed.

The statement asks that the Senate defend democracy but that could mean anything. Supporters of Trump could believe they are defending democracy by protecting the president from what they see as Mueller’s witch hunt.

As Susan Hennessey of the Brookings Institution notes:

Because the statement amounts to a nothing more than a collection of patriotic bromides, it is also ineptly composed. Consider this sentence: “It is a time, like other critical junctures in our history, when our nation must engage at every level with strategic precision and the hand of both the president and the Senate.” It’s difficult to figure out what this might mean. Jello has more solidity and fog more clarity of shape.

Equally vacuous is this line: “We are at an inflection point in which the foundational principles of our democracy and our national security interests are at stake, and the rule of law and the ability of our institutions to function freely and independently must be upheld.”

It’s true that America is facing a constitutional crisis that will test its institutions. But that nature of the crisis can only be confronted if it is named: There is accumulating evidence that President Donald Trump has committed crimes that warrant impeachment.

The fact that many members of the political elite, including even former senators, can’t bring themselves to be blunt about this matter is itself part of the problem.