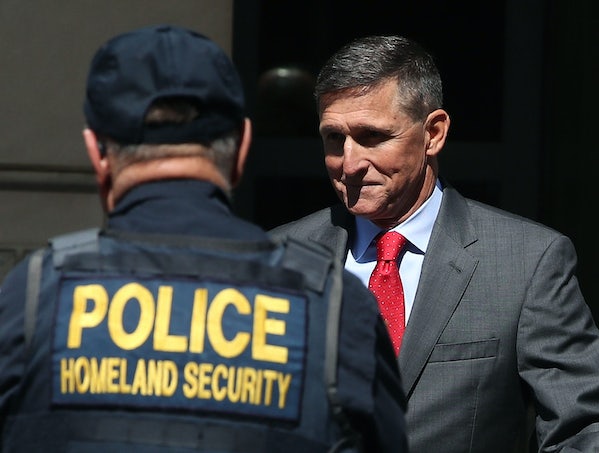 The New York Times is reporting that two former associates of former national security advisor Michael Flynn have been indicted in a case involving undisclosed lobbying efforts to return an American permanent resident, Fethullah Gulen, to Turkey. Gulen is a rival to Turkish President Recep Tayyip Erdogan, and the attempted extradition is widely viewed as a political act.

“Charges against the two former associates, Bijan Kian and Ekim Alptekin, were unsealed on Monday in an Alexandria, Va., courtroom,” the newspaper reports. “The two men were charged with a conspiracy to violate federal lobbying rules, and Mr. Alptekin also was charged with making false statements to F.B.I. investigators.”

These alleged acts occurred in 2016, before Donald Trump’s election but while Flynn was part of the Trump campaign. In July 2017, The Washington Times reported that Kian was involved in the Trump transition.

The charges come a day after reports that the Turkish Foreign Minister Mevlüt Cavusoglu claimed that Trump administration is still pursuing efforts to extradite Gulen. Both the State Department and the Department of Justice oppose the extradition but it reportedly has support among some White House officials.

In November 2017, The Wall Street Journal reported, “Special Counsel Robert Mueller is investigating former White House national security adviser Mike Flynn’s alleged role in a plan to forcibly remove a Muslim cleric living in the U.S. and deliver him to Turkey in return for millions of dollars, according to people familiar with the investigation.” The alleged kidnapping reportedly would have involved Flynn and his son receiving $15 million for delivering Gulen to Turkey.

Michael Flynn is now a cooperating witness in the Mueller investigation.