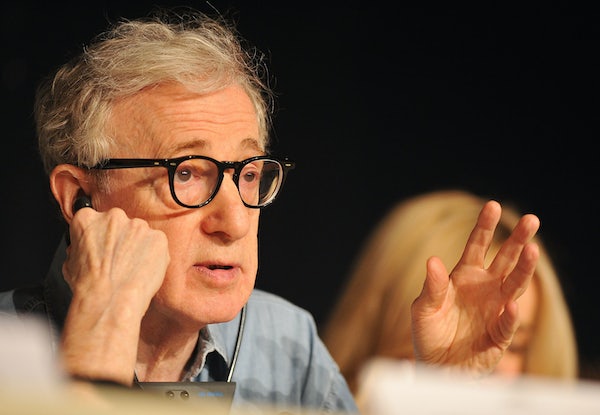 Woody Allen allegedly had an inappropriate relationship with a minor in 1976.

The Hollywood Reporter has published an interview and profile of Christina Engelhardt, a 59-year-old woman who says she had a romantic relationship with the director Woody Allen which started in 1976 when she was 16 and he was 41. Under New York law in that era, Engelhardt (who then went by the name Babi) was under the age of consent—17—when the relationship began. However, she was not a minor for most of the relationship’s duration of eight years.

The relationship was a furtive and secretive one. “They operated under two key unspoken rules: There’d be zero discussion about his work, and—owing to the celebrity’s presumed necessity for privacy—they could only meet at his place,” The Hollywood Reporter notes. Engelhardt claims she visited Allen’s apartment more than 100 times, but never spent the night there. Instead, Allen’s driver would take her away in a Rolls-Royce after each encounter.

Nor did she meet any of Allen’s friends, with the exception of a few other girlfriends that Allen occasionally brought into their relationships to form a ménage à trois. In the words of the Reporter, she had a relationship of “enforced seclusion.”

There’s reason to think that the relationship, along with other affiliations Allen had with young women in that period, inspired his 1979 movie Manhattan.

Looking back, Englehardt is ambiguous about the experience. “I’m not attacking Woody,” she told the Reporter. “This is not ‘bring down this man.’ I’m talking about my love story. This made me who I am. I have no regrets.” But she also says “it wasn’t until after it was done when I really had time to think of how twisted it was when we were together … and how I was little more than a plaything.”