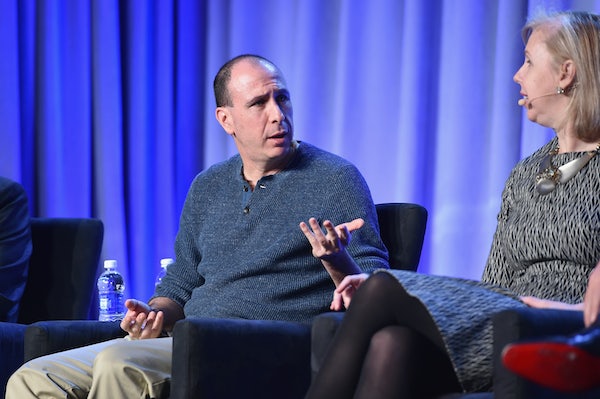 The Niskanen Center is a splendid policy shop, but it is not the future of the Republican Party.

Over the weekend the Niskanen Center, a Washington think tank with libertarian leanings, hosted a conference entitled “Starting Over: The Center-Right After Trump.” Writing in New York magazine, Jonathan Chait enthusiastically hailed the event as showing the outlines of how the GOP could become a responsible center-right party in the future.

It’s true that there’s much in the Niskanen’s approach to politics to admire. They are calling for market solutions to intractable social problems, but eschewing the racism and nativism that has become a staple of right-wing politics. Further, Niskanen scholars are committed to accepting empirical reality on issues like climate change, even if they lead to policy solutions that require an un-libertarian acceptance of large-scale government intervention in the economy. The Niskanen approach to politics is summed up well in their manifesto, “The Center Can Hold: Public Policy for an Age of Extremes.”

Chait was impressed enough to outline a fanciful scenario where Niskanen’s approach comes to dominate the political right.

“One can imagine a future in which the Democrats move toward socialism, opening a void in the center for the ideas espoused by Niskanen to take hold in something that perhaps shares the name, but otherwise none of the important ideological traits, of today’s Republican Party,” Chait writes. “That distant point probably lies years, even decades, away. It can only happen after today’s Republican Party is destroyed, rendered incapable of wielding power at the national level, and its governing philosophy discredited completely. The Niskanen Center is the one institution planning for what can follow after the cleansing fire.”

Chait himself presented a good argument against this scenario when he noted in The New Republic in 2012 that clever reformist policies get little traction in a Republican Party fully committed to revanchist politics. It’s hard to see how Niskanen Center policy wonks will be able to overcome this problem.

Political parties need constituencies as well as ideas. Who are the constituencies for the Niskanen Center’s version of moderate libertarianism? Evangelical Christians, the backbone of the GOP, won’t like the avoidance of cultural flashpoints. Nor is the business class likely to care for market reforms that challenge corporate rent-seeking and fiscal policy that calls for greater taxes to fight deficits.

Trump has shown the GOP what its voters actually want: culture-war theater, white nationalism and tax cuts. Even if the Trump presidency ends in failure, the GOP is likely to try Trumpism without Trump. The future of the Republican Party is not the Niskanen Center. The future is much more likely to be President Tucker Carlson, with Stephen Miller as the head of the Department of Homeland Security.