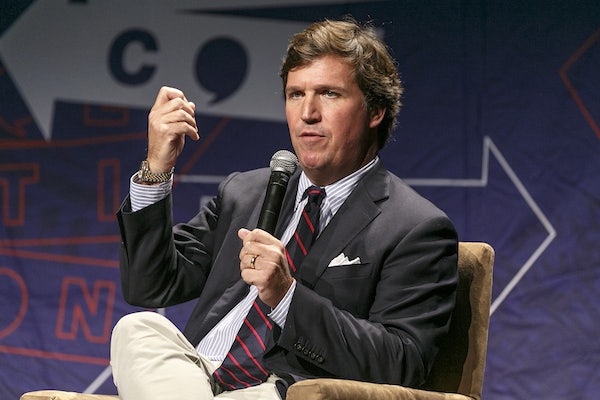 Tucker Carlson’s show is hemorrhaging advertisers after his anti-immigrant comments.

So far, 11 companies have said they will no longer be advertising on Carlson’s show, including IHOP and TD Ameritrade. Most have moved their ad dollars to other Fox News programs. Pacific Life issued a statement on Twitter saying, “As a company, we strongly disagree with Mr. Carlson’s statements.”

Fox has been bedeviled by boycotts in recent years. One boycott, coming after multiple accusations of sexual harassment against Bill O’Reilly, contributed to the host losing his show. Laura Ingraham faced a similar boycott after she insulted a high school shooting survivor. She later apologized for her remarks.

In the case of Carlson, the network itself seems to have decided to bunker down. In a statement, Fox News said, “We cannot and will not allow voices like Tucker Carlson to be censored by agenda-driven intimidation efforts from the likes of Moveon.org, Media Matters and Sleeping Giants.” The statement went on to compare the boycott to to a small protest outside Carlson’s home in D.C. in early November, where an act of vandalism occurred: “Attempts were made last month to bully and terrorize Tucker and his family at their home.”