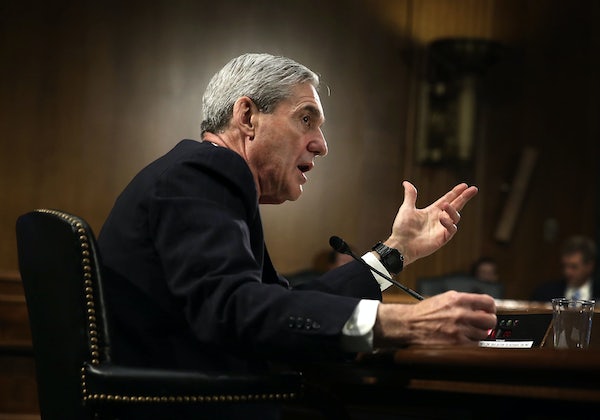 The Wall Street Journal is reporting that William Barr wrote a memo earlier this year arguing that special counsel Robert Mueller should not investigate obstruction of justice under the Trump administration. Barr wrote the memo as a private citizen, sending in unsolicited advice, but it could still impact his Senate confirmation. It’s possible the Senate could demand he recuse himself from oversight of the Mueller investigation as the price of confirmation.

In the memo, Barr wrote, “Mueller should not be permitted to demand that the President submit to interrogation about alleged obstruction.” As the Journal notes, “Mr. Barr’s memo is peppered with strongly worded phrases about the peril he sees in Mr. Mueller’s reading of the law, as he understood it. He described Mr. Mueller’s approach as ‘grossly irresponsible’ with ‘potentially disastrous implications’ for the executive branch.”

Barr is not the only legal expert to think this, but his view is controversial. On Monday, the Washington advocacy group Protect Democracy released a white paper explaining why arguments of the sort Barr made are wrong.

“A president’s abuse of his powers to obstruct an investigation into his own crimes puts him above the law in a way that is anathema to our constitutional scheme,” the white paper argues. “History, law, and constitutional principles make it clear that such behavior demands accountability and could be grounds for impeachment. When credible allegations of abuses of power to obstruct justice arise, Congress must conduct its own investigation and weigh the myriad factual and political questions presented by the president’s behavior to determine whether, under the circumstances, it should be.”