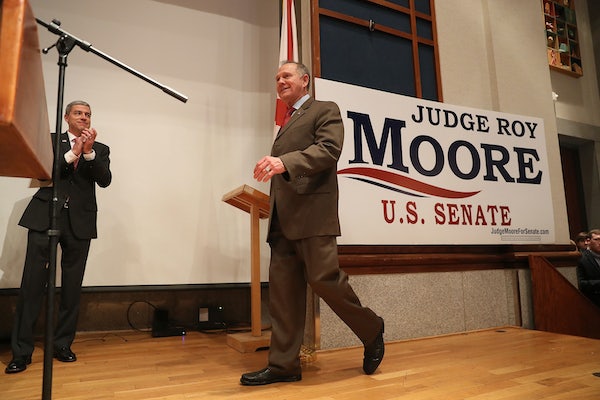 The New York Times is reporting that during the 2017 special election in Alabama, a group of Democrats experimented with social media disinformation, explicitly imitating Russian tactics used in the 2016 presidential election.

“The secret project, carried out on Facebook and Twitter, was likely too small to have a significant effect on the race, in which the Democratic candidate it was designed to help, Doug Jones, edged out the Republican, Roy S. Moore,” the Times reports. “But it was a sign that American political operatives of both parties have paid close attention to the Russian methods, which some fear may come to taint elections in the United States.”

An internal report from the project admits, “We orchestrated an elaborate ‘false flag’ operation that planted the idea that the Moore campaign was amplified on social media by a Russian botnet.”

One technique used was to promote a conservative write-in candidate as an alternative to Roy Moore.  The project had a budget of $100,000, a minuscule figure in a race that saw more than $50 million spent.

Renée DiResta, who knows some of the people involved in the project, claims the main intent was to test tactics. “My understanding was that they were going to investigate to what extent they could grow audiences for Facebook pages using sensational news,” she told the Times. She does admit that some of her fellow Democrats believed they need to “fight fire with fire.”

Interestingly, one of the figures involved in the project is Jonathon Morgan, described by the Times as “the chief executive of New Knowledge, a small cyber security firm that wrote a scathing account of Russia’s social media operations in the 2016 election that was released this week by the Senate Intelligence Committee.”