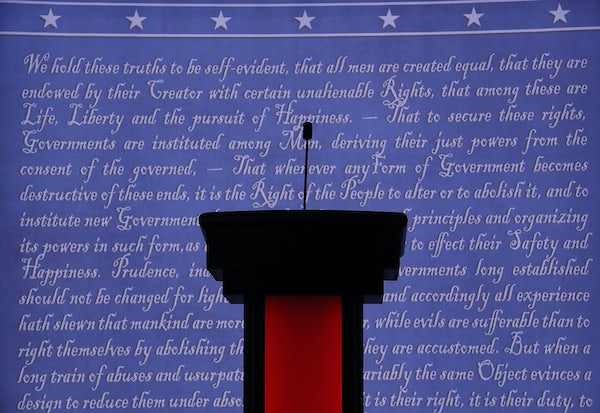 Welcome to TNR’s coverage of the Democratic debates.

Yes, the debates are upon us, a mere 16 months before voters will cast their ballots to decide whether President Trump should get a second term. In that time, babies will be conceived and born, the earth will orbit the sun and then some, and Democrats will, with any luck, choose a champion from the two dozen candidates running for the nomination. It all begins tonight, with the first of two debates in Miami this week featuring the 20 candidates—ten each round—who qualified to participate by either polling at 1 percent in three surveys or receiving 65,000 individual donations.

The staff of The New Republic will be watching the proceedings, offering running commentary and post-debate analysis, and hopefully answering any questions readers might have. Who’s up, who’s down? Who, if anyone, seems qualified to stall America’s spiraling descent into a fiery wasteland overseen by Trumpian kleptocrats? And who is Eric Swalwell, anyway? Pop by TNR’s Minutes blog at 9 o’clock EST tonight and tomorrow night to find out!