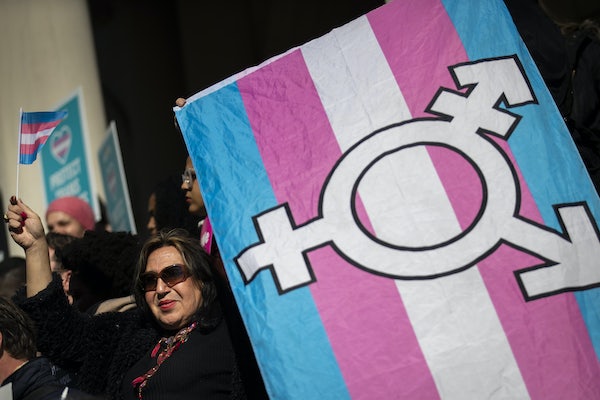 The Democratic debate was a milestone for transgender rights.

When politicians discuss the rights of transgender Americans, they often place an outsized focus on whether trans women should be allowed to use the bathroom in peace. But the issues facing the trans community are far more diverse, and often far more consequential—and during the first Democratic primary debate on Wednesday night, two candidates made an effort to highlight that fact.

While answering a question about abortion rights, former Housing Secretary Julian Castro said that he would expand abortion access for everyone—that is, not just for cisgender women, but for trans men and others who are capable of getting pregnant. “A person’s right to choose is under assault,” he said, consciously using gender-neutral language. “I don’t just believe in reproductive freedom. I believe in reproductive justice. And what that means is just because a woman—or, let’s not also forget someone in the trans community, a trans female—is poor, doesn’t mean they shouldn’t have the right to exercise that right to choose. So, I absolutely would cover the right to have an abortion.”

New Jersey Senator Cory Booker also placed some focus on the transgender community—specifically on black trans Americans, a group disproportionately affected by hate crime and police brutality. “We do not talk enough about trans Americans, especially African American trans Americans and the incredibility high rates of murder now,” he said. “We don’t talk enough how many children, about 30 percent of LGBTQ kids, who do not go to school because of fear.”

The comments represented the first time Democratic candidates spoke about issues facing the trans community on a major debate stage, beyond the context of the bathroom.