You are using an outdated browser.
Please upgrade your browser
and improve your visit to our site.
Skip Navigation
Good Affirmative Action and Bad 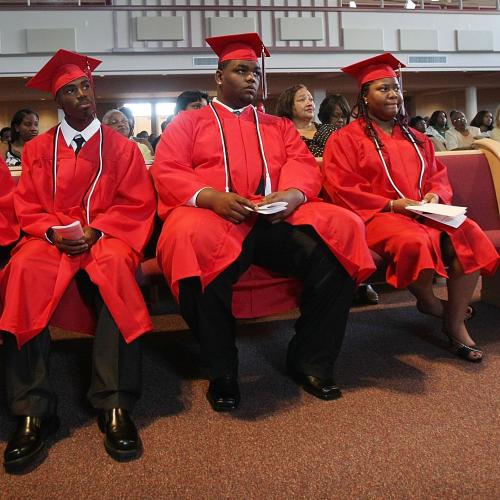 Affirmative action—by which I mean selecting persons based on their group membership—is not one program but many and has consequences that range from acceptable to intolerable. We understand these distinctions intuitively. When a television commercial displays white and black actors or when a political party endorses candidates from a variety of ethnic backgrounds, no one complains—even though this is, literally, affirmative action. But should someone suggest that the musicians in a major symphony orchestra or the players in the National Basketball Association be chosen to create a specific racial balance, most people would be outraged.

The difference, of course, has to do with the purposes of the organizations. Television commercials and party candidates are chosen chiefly to attract support from customers and voters. Everyone expects organizations trying to sell something to cater to the preferences of those who might buy. But top-ranked musicians and athletes are selected exclusively on the basis of merit.

The debate over affirmative action in contracts, university admissions and public employment is in large measure a debate over what set of standards ought to govern achievement in these enterprises. The strongest defenders of affirmative action argue that these organizations have a representative as well as a technical function, while the toughest critics claim that the latter greatly outweighs the former.

Consider undergraduate admissions. A plausible proposal might run as follows: given the growing importance of college education in the life of the nation and the uncertainty attached to conventional measures of merit, one might defend the modest use of racial preferences as a way of increasing participation of underrepresented groups in educated society without doing serious harm to the quality of the university. One might, by the same token, take into account other non-intellectual attributes like athletic or musical ability.

But as one moves up through the university experience—to medical and law schools and onto a faculty—academic ability becomes the dominant criterion. Excellence at teaching and research are overwhelmingly important tests for faculty recruitment; no one proposes that law or medical schools admit athletes or musicians. Furthermore, three or four years of college training ought to have given students with natural abilities but subpar elementary and secondary educations a chance to catch up.

This guideline—race and ethnicity as a factor for 18 year olds but not after—might provide a reasonable basis on which to “mend, not end” affirmative action. Unfortunately, preference programs, as administered today, make no such distinctions—affirmative action is at least as pervasive in admissions to law and medical schools as in college, if not more so.

UCLAS’s undergraduate admissions are based on two sets of criteria: academic (grades, test scores) and supplemental (“socio-economic or educational disadvantage”). For each, students are ranked from one (the highest) to six (the lowest). The admissions office admits between 40 and 60 percent of the student body strictly on academic grounds. The next group consists of people whose combined academic and supplemental ranking gives them a high total score. In this combined mark, being disadvantaged may count for more than being smart; a student can have an academic ranking as low as five and still get in if his or her disadvantage rating is at the top. The final group—the “read” group, meaning their files are closely read—are those whose rankings, academic and supplemental, are low.

In 1994, UCLA admitted 6,801 students as part of its academic-only criteria. Of these seventy-seven, or about 1 percent, were African Americans. The African American students admitted in the first, academic, group had an average SAT score nearly 300 points higher than blacks admitted in the latter two groups, and their high-school grades were half a grade higher. Among those not chosen on purely academic grounds, 19 percent were African Americans, and another 51 percent were Latino. These second two categories have effectively become ethnicity driven.

A common defense of these disparities is that athletic ability or alumni connections already count in admissions and, therefore, race should, too. But this misses the point. Race, according to the Supreme Court, is a suspect classification subject to strict scrutiny. Athletic prowess (or musical ability, or rich parents) are not suspect classifications and do not require strict judicial scrutiny. If these traits were treated legally the same as race, then I could sue the Boston Red Sox for denying me my lifelong ambition of playing second base for them simply because I can’t hit, an untalented violinist could sue the New York Philharmonic to get a seat in the string section, and rich parents could demand scholarships for their children. One cannot easily correct this problem by abandoning the judicial protection given race; to do that would permit colleges and employers to discriminate against blacks. To the extent race deserves special constitutional protection, it cannot be equated with other principles of classification.

The famous opinion of Justice Lewis Powell in the Bakke case, decided in 1978, is still supposedly the basis for racial preference in American law: race, despite its special status, can be a “plus factor” in admissions so long as it is not the decisive one. Yet, at the University of California today, strictly academic admissions would admit a 1 percent black student body (down from 7 percent currently), while the supplemental categories admit students of whom only a tiny fraction are white or Asian. The contrast between the two systems is not a “plus” factor. It is decisive.

The evidence from medical school is the same. Ellen and Jerry Cook—she teaches at the University of California at San Diego (UCSD)--have compared graduates of UCSD who applied to that university’s medical school between 1987 and 1993. The only students admitted with MCAT scores below the sixtieth percentile or with college grades below 3.0 were from affirmative action groups. Furthermore, a separate study showed that students from poorer families received no advantage per se; the only criteria for preference was race and ethnicity. The result was that UCSD admitted students based on two different distributions of abilities—one curve consisted of almost all the affirmative action students, another (barely overlapping) curve consisted mostly of whites and Asians. This although both had access to the same undergraduate education.

Much the same pattern exists in law schools. If you have an LSAT score below the ninetieth percentile and college grades below 3.5, you are vastly more likely to be admitted into UCLA Law School if you are black or Hispanic than if you are white or Asian. One study, done unofficially by a student who cracked the law school’s secrecy codes, suggests that the grades received by black students during their first year are significantly lower than those received by whites.

The costs of professional school racial preference are greater than those of undergraduate colleges in part because 18 year olds have a wider range of available opportunities. High-school students wanting to enter a good university have more choices than do those wanting to enter the considerably smaller number of good law or medical schools. By the same token, the costs to society of admitting less qualified students into these select institutions is greater.

In California, four Under-Represented Minority groups (URMs) are generically entitled to affirmative action: African Americans, Native Americans, Mexican-Americans and mainland Puerto Ricans. Let us suppose for a moment that African Americans belong there because of past discrimination and the legacy of slavery. But on what grounds are Mexican-Americans on the list and other Hispanics numerous in California—Guatemalans, El Salvadorans, Cubans—not? At one time Asians were the object of the bluntest possible discrimination in California—many could not own land or serve on a jury—and Japanese-Americans were exiled to inland camps during World War II. Yet Asians do not make the list and, indeed, lose space in universities owing to the preferences given to URMs. The Vietnamese came to this country poor after a war in which we were a major participant, but URM graduates applying for admission to California medical schools were 2.7 times as likely to be accepted as Vietnamese students despite the fact that the grades of most of the rejected Vietnamese were higher than those of most of the accepted URMs.

One argument often cited in favor of university affirmative action is its support among faculty. And, indeed, last year the UCLA faculty legislative assembly did vote by a margin of six to one to criticize the State Regents for abandoning racial preferences. (Although when the assembly’s vote was sent out on a mail ballot to all faculty members, support for its position fell from six to one to three to two, and to even lower margins at other UC campuses.) But even this does not prove faculty support for racial preference, since some faculty may have objected to the way the Regents made their decision, rather than to the principle of color-blindness itself. In 1995 the California Association of Scholars polled faculty opinion in the nine California public universities. Designed by the Roper Center for Public Opinion Research, the central question was this: Should the university “grant preferences to women and certain racial and ethnic groups in admissions, hiring and promotions?” Most faculty said no.

Just as affirmative action is more costly for professional schools than undergraduate colleges, it is more problematic at some colleges than others. At Harvard, with its pick of the country’s top high-school students, white and black, the racial gap on college entrance scores was modest. But the scarcity of academically prepared blacks means that the best universities skim off the top. The result is that other universities—including the very good public universities in California—take a chance admitting students who may be unprepared to tackle college-level work, and may not graduate at all.

Affirmative action has lost its moorings. Colleges legitimately want a diverse student body, but their definition of diversity is limited to ethnicity, excludes ideology and favors some but not other ethnic groups. Law and medical schools want to produce more attorneys and physicians of certain ethnicities, but they can only do this by denying—not modifying, but denying—equal access to more talented applicants, thereby lowering the quality of the professionals they produce. This inevitably has consequences for consumers of medicine and legal assistance.

As universities become more competitive overall while lowering the standards by which they admit certain students, they increasingly produce anger and frustration among those hardworking young people who have upheld demanding standards themselves and expect their universities to do the same. Even worse, the very professional schools that have long made a special claim to excellence have abandoned that claim—to the dismay of all those who once believed them.

James Q. Wilson, a professor at the University of California Los Angeles, is author of The Moral Sense (The Free Press).